On this date in 1972, the Pittsburgh Pirates sold pitcher Bob Veale to the Boston Red Sox, ending his 11-year stint with the team. Veale hadn’t pitched for the Pirates since April, spending the middle part of the season in Triple-A. He was 36 years old at the time and coming off of a poor 1971 season, though the Pirates won their fourth World Series that year. Veale was a hard-throwing strikeout artist, who owns four of the top seven single season strikeout totals in franchise history. His final Topps card with the Pirates came out in 1972 and ranks as my favorite Veale card, slightly edging his 1968 Topps, which I’m sure will be featured here in the future. For now, today’s Card of the Day is the 1972 Topps Bob Veale. 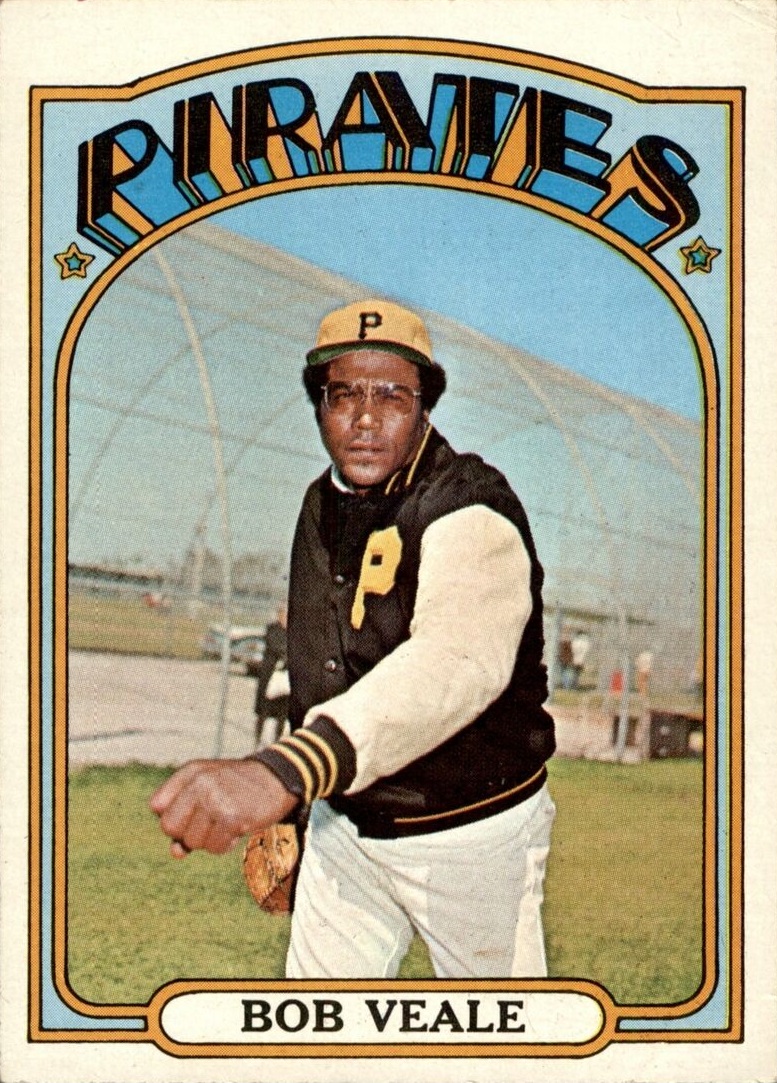 I’ll be honest, it’s the warmup jacket that sells me on this card. Not the first time that has happened when picking a favorite Pirates card. I’m also a big fan of the hats from that era. All of the Pirates cards in the set came with those soft blue and gold borders, but other teams had other colors. If you’ve been to Spring Training, you’ll recognize that photo from Pirate City, which is the walkway to get to the middle of all four fields. You can also see just a little bit of the back of an old car in that photo. My dad will probably tell me what car it as after reading this part. This photo was probably taken in spring of 1971, though…. 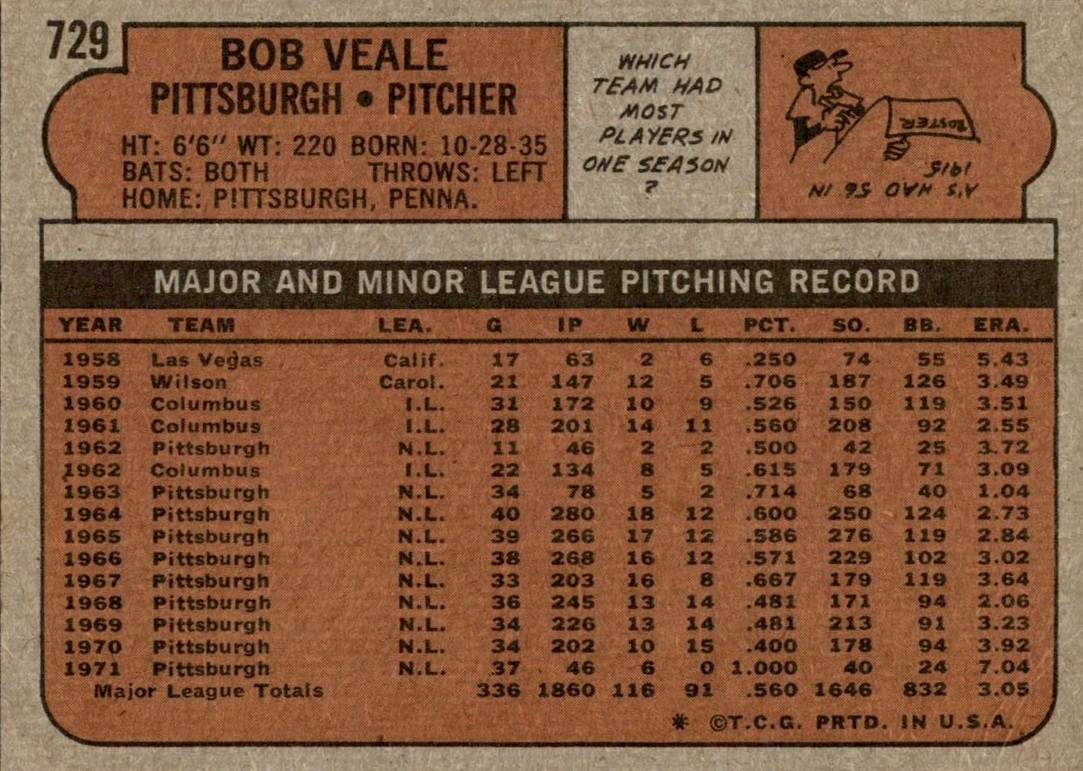 In 1972, Topps released their cards in a total of six series. The later series cards are harder to find and Veale was part of the sixth series, which were card numbers 657 to 787. As you can see, he was card #729. I’m not sure of the exact release date, but I know it was much later than the early cards that came out well before the year started. That’s why I wasn’t 100% sure that this was a 1971 photo. I guess it’s possible that the later series cards could use Spring Training photos. I mean, they did have a series of traded cards, showing players with their news teams. Topps had plenty of photos of Veale over the years that they never used on cards, so they didn’t need one of him, but it’s possible that this was a 1972 photo.

Looking at the back, you can see the strikeout totals throughout the years, including some impressive numbers while coming up through the system. Despite playing three more years, Veale won just four more games and add 57 strikeouts to his career totals. His career ERA finished just slightly higher at a 3.07 mark.

Since this card is a bit more rare than your normal 1972 Topps card, that’s reflected in the price. Even in low grade, you’re not getting it for less than $5 delivered, and more likely it’s going to be in the $10 range. If you just want a Veale card and you’re not picky, there are cheaper alternatives. However, if you like this card, then you can get a high grade (graded) one for approximately $20.