Earlier today, we mentioned that the Pittsburgh Pirates sold lefty pitcher Grant Jackson to the Montreal Expos, ending his five-year stint with the team. It’s only fitting that we use Jackson for the Card of the Day today and I found a great one to feature. The Pirates had some great uniforms during the 1970s and a few that are not so great, but they still bring back great memories for the people who lived through that era. I wasn’t around for any of the 70s, but I’ve been into baseball history for as long as I can remember, so the uniforms from that era have always been equated with good times for the Pirates. I’ll admit that some have grown on me over the years, while I still haven’t embraced the white jerseys with vertical stripes yet. Just can’t do it. This 1978 Topps Grant Jackson card is the 1970s Pirates, but probably not a look that you remember seeing. 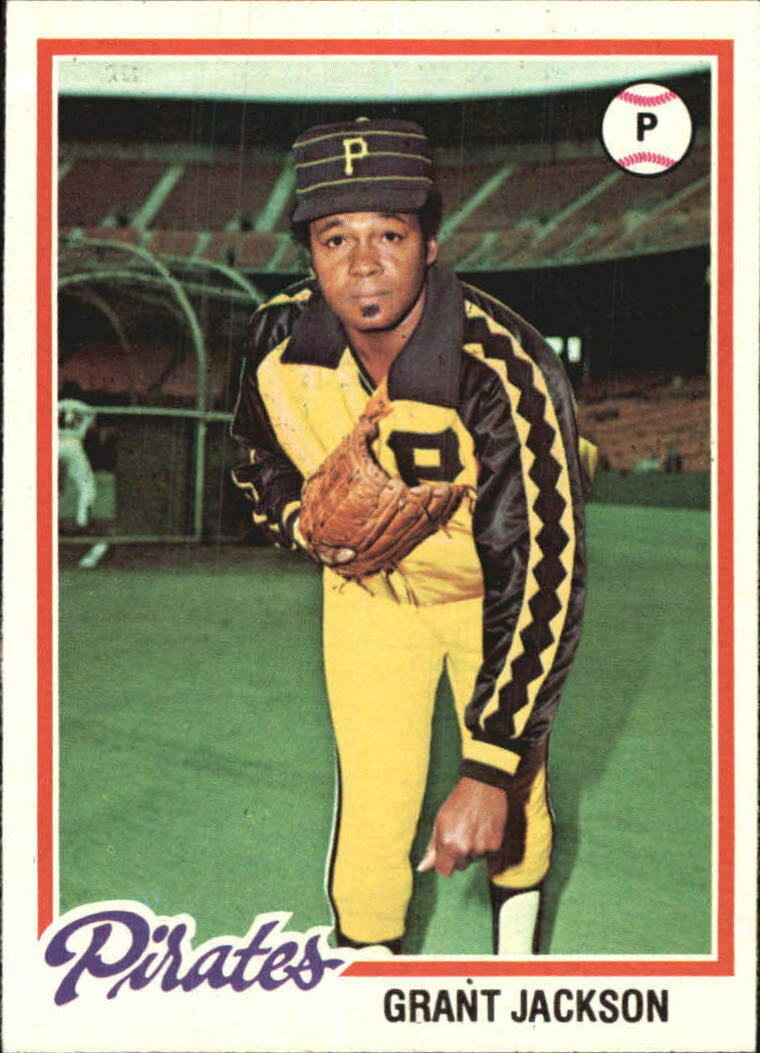 Look at that warmup jacket! Jackson is wearing the gold pants that you would see often during the mix-and-match era of uniforms, along with the black pillbox cap that is still extremely popular to this day. Then there is the jacket. It’s so bad that it’s good. You can make a case for it being short-lived, but also wouldn’t mind seeing it back because it’s just so 70s. The gold color, the huge collar, the recognizable “P” on the front big and bold, and those sleeves. Who came up with that design, Doc Ellis during his no-hitter? 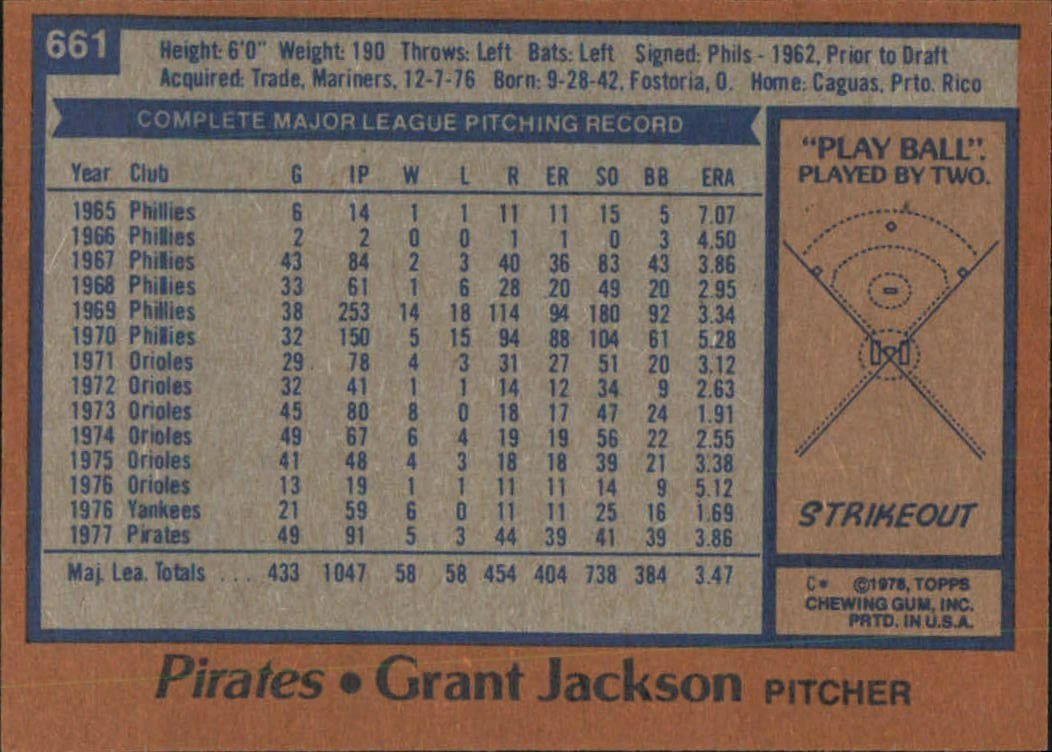 Jackson had 13 seasons in at the majors at this point already, and he would end up playing another five years before he retired as a player, though he stayed around baseball into the 2000s before retiring from the sport. He was with the Pirates for just one year when this card came out. He would remain with the team until the end of 1981, getting traded in September. He returned to the Pirates for one game in September of 1982, his last big league outing.

As mentioned in a previous article featuring Bruce Kison’s 1978 Topps card, the Play Ball Played by Two on the side was a game that was on the back of all 1978 Topps cards. It had various outcomes and the idea was to randomly pick cards and play a game with your friends. All Jackson cards had “strikeout”, which was a batting stat for the player choosing cards. A handful of cards in the set had the rules of the game, so you technically had to wait to get one of those before you knew exactly what was going on.

I know most of you want to add this card to your collection now and there is good news. It is plentiful on the Ebay and you can get it for $2 delivered. He’s also fairly easy to find with an autograph on the card and it adds about $10 to the value. As far as finding a high grade (graded) version of this card, a PSA 9 ended recently for $50. No other comparable sales are listed.