You have probably noticed that quite a few times I have matched the Card of the Day up with someone mentioned in the morning This Date in Pittsburgh Pirates History articles. That happened again today, and it led to our first example from a colorful set produced in the 1970s. Today’s Card of the Day is a 1975 Topps Ramon Hernandez, pitcher for the 1971-76 Pirates, who was born 80 years ago today in Carolina, Puerto Rico. 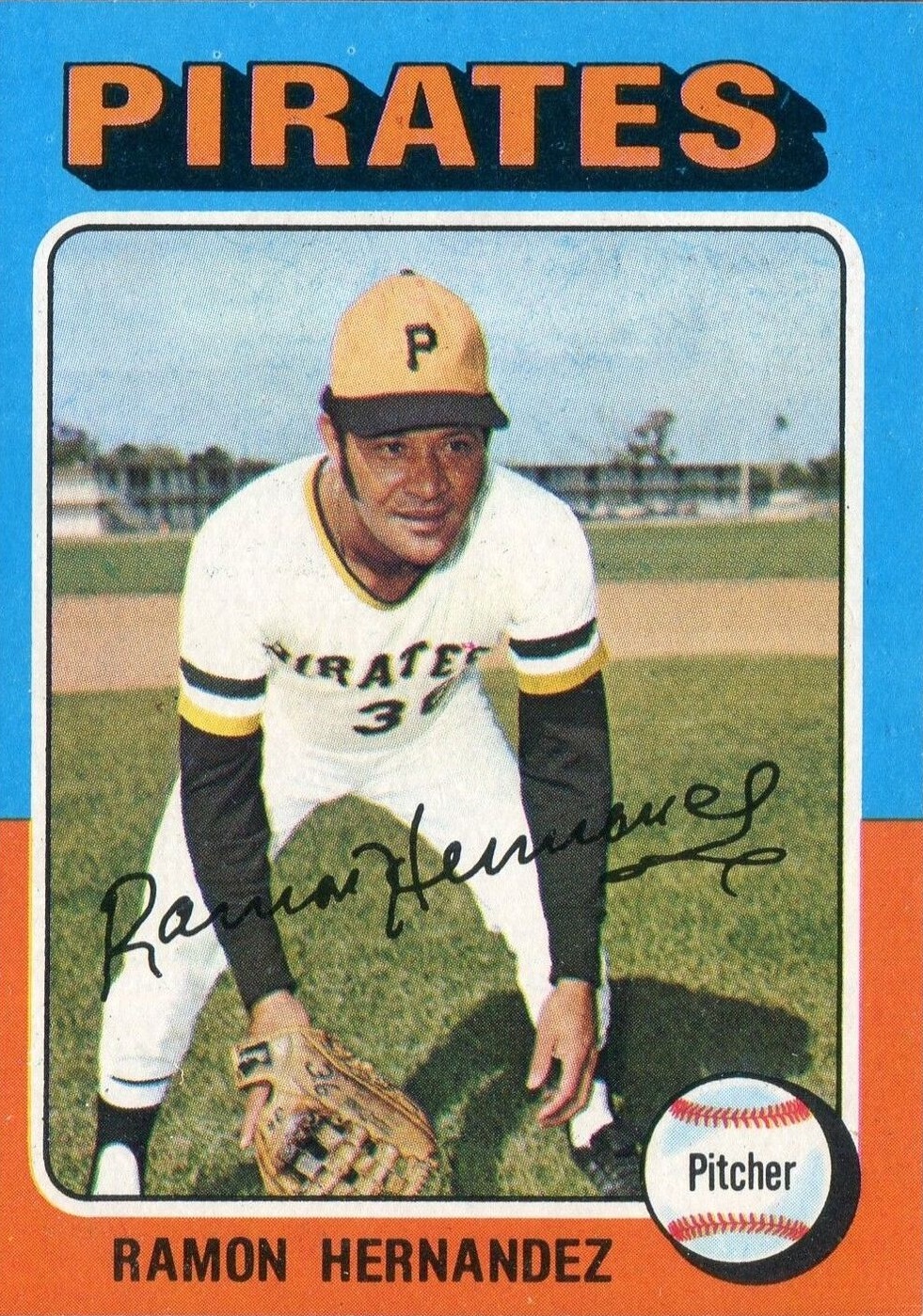 The 1975 Topps set is one of the most easily distinguishable set of any era. All of the cards had a top/bottom color on the borders, but unlike some other sets, there was no rhyme or rhythm to their choices. All of the Pirates weren’t blue and orange like Hernandez, but some of them were. A handful of Pirates had green and dark green borders, including Willie Stargell, Dave Parker and Al Oliver. So while you were looking through packs of cards or the whole set, you were getting a constant change of colors. 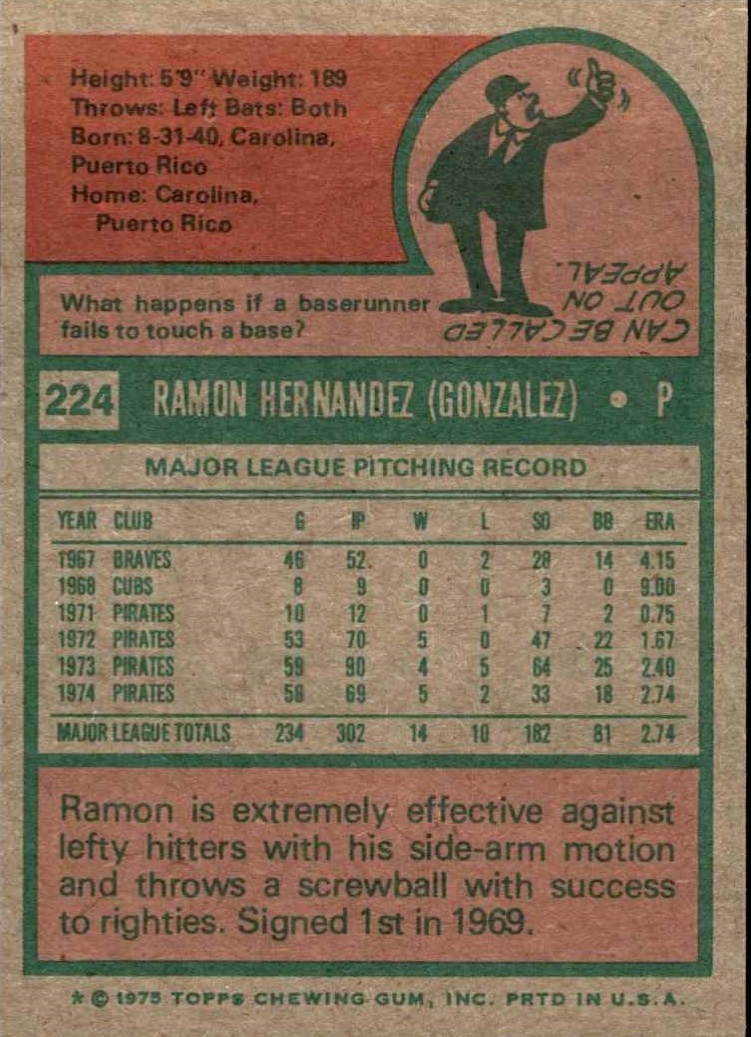 The back of cards all look the same as far as the setup and colors. There is information about the player up top, along with a trivia question, where the answer is always written upside down like shown above. Then you have the player stats. With Hernandez, they have a little bit of bio info. He was doing well against lefties and he used a screwball against right-handed batters. They also note that he signed to play pro ball in 1969, which is obviously incorrect when you see his career stats (would have been tough to sign two years after his MLB debut). Hernandez actually signed in 1959 with the Pirates, but made his debut elsewhere. Since he had a relatively short Major League career up to this point, they had room for the added info. On the Stargell card, they included all of his stats since 1962, so there is no bio section. Dave Parker only had two seasons of pro ball, so he got minor league stats included. Basically, the back info was adjusted per player. 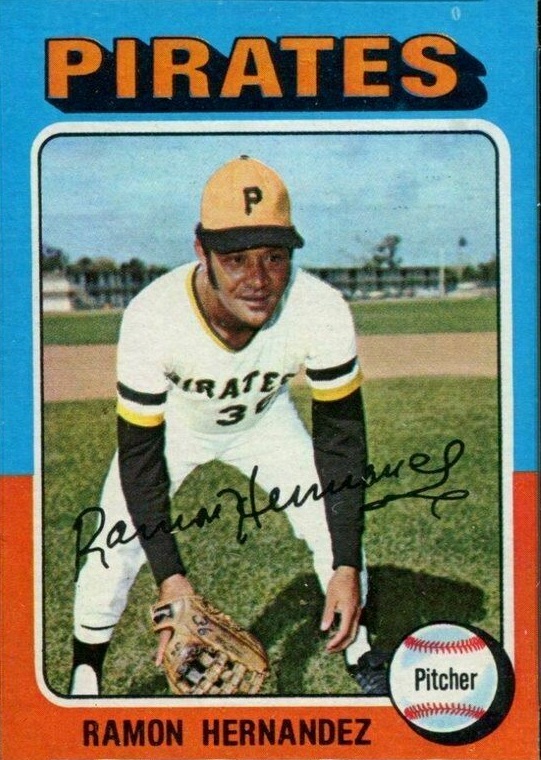 If you’re saying that looks the same as the other one, well you’re correct. It’s just a smaller version, otherwise it was exactly the same. Hard to see that in a scan unless you have them both for a side-by-side comparison, so you’ll have to trust me.

Topps also released cards in Canada under the O-Pee-Chee name. Again, the front is the same (so no need for a third scan), but the back is different, as shown here. 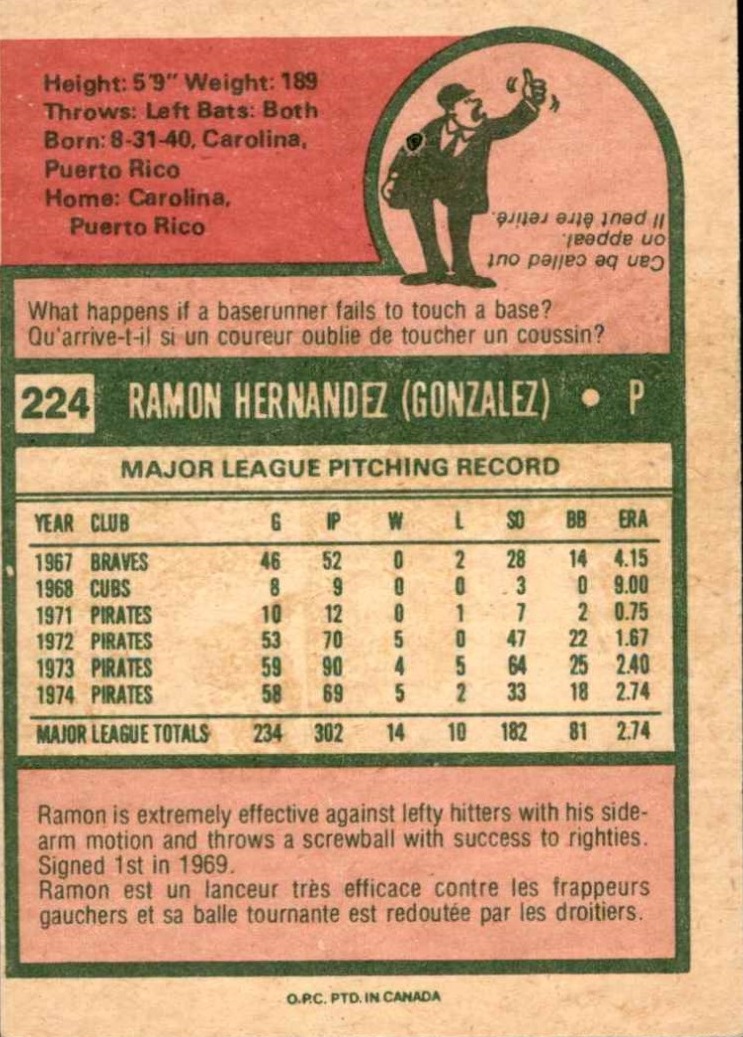 As you can see, the back of the cards from Canada came with the French translation of the English writing, though you don’t have to speak the language to see that they didn’t translate everything at the bottom. The color of the back was also an off-white, compared to the grayish colored background on the regular Topps version.

This card is inexpensive in all three versions. The regular set is the most popular and you can easily find the card for $3 delivered, with most of that being shipping cost. The mini cards will usually sell for a little more, but not much. Even high grade examples of this card are very affordable, with a PSA 9 recently selling for $15. The O-Pee-Chee version will sell for the same price as the regular, it is just harder to find.