Today’s Card of the Day choice was inspired by the 1979 Game Recap coming up this afternoon. Bruce Kison was a member of the 1971 and 1979 World Series champs. He spent the first nine seasons of his 15-year career with the Pittsburgh Pirates, giving him plenty of options when it comes to Card of the Day features here. This is his first appearance in this series and we start with his 1978 Topps card. 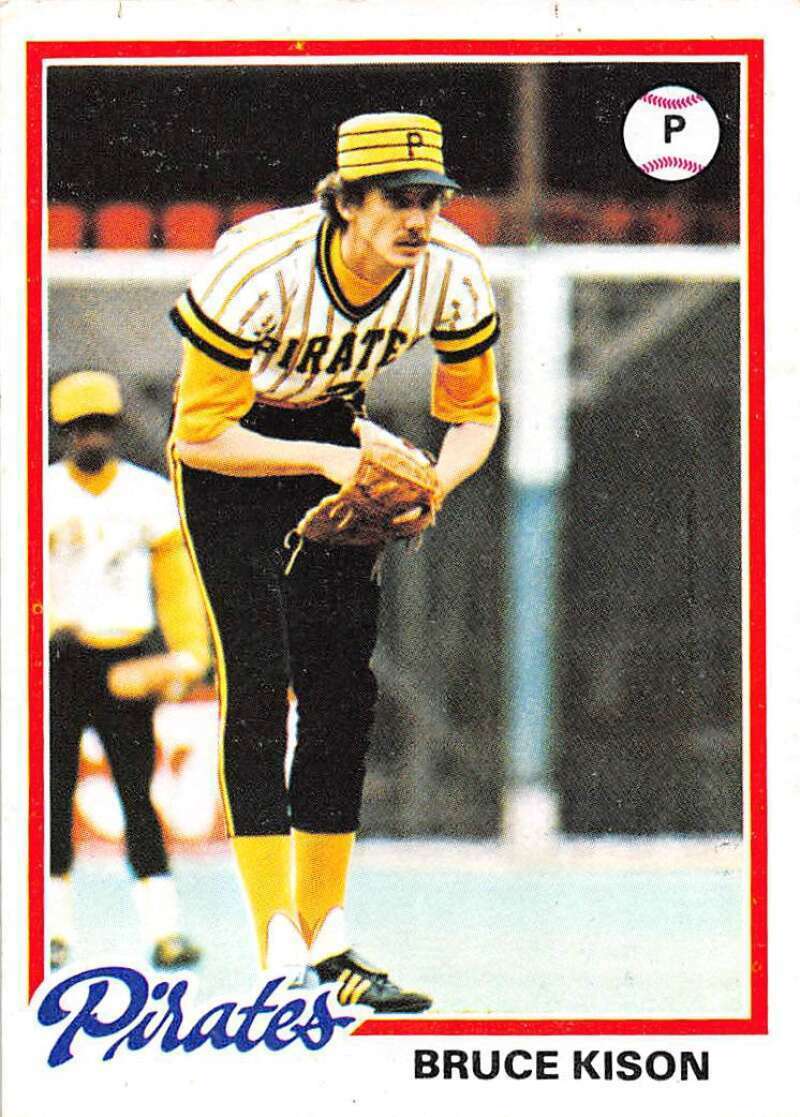 I picked this particular card because it’s my favorite Topps pose for Kison during his time with the Pirates. I always love seeing the mix and match uniforms from this era, though I’ll be the first to admit that my least favorite is the white top with stripes. I’m a big fan of the gold pillbox cap, which I believe is still underutilized to this day in the throwbacks. I also like the blurry player in the background, with the camera focused on Kison, who is focused on the catcher’s signs. I’m not 100% sure who the player is, but it would appear to be the second baseman from that angle and assuming that the photo was taken in 1977, then it’s likely Rennie Stennett. 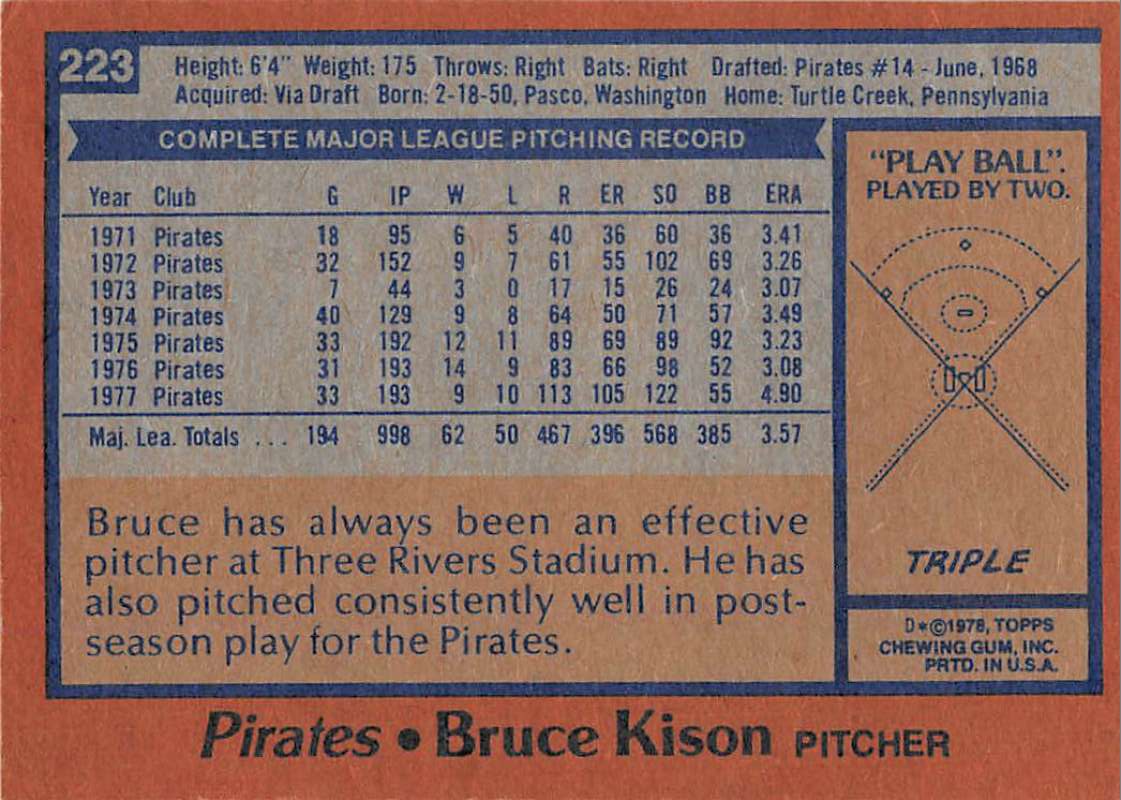 As you can see, the bio on his card notes that he always pitched well at home and also pitched well in postseason play. The postseason part was definitely true up to that point. Kison threw 11 shutout innings during the 1971 postseason, helping the Pirates to their fourth World Series title. He had another 2.1 shutout innings in 1972 and then 6.2 scoreless frames during his start in the 1974 NLCS. The Cincinnati Reds broke that shutout streak in 1975, though he only allowed one run. Kison had an awful start during Game One of the 1979 World Series, but the Pirates still won and that obviously happened after his 1978 Topps card was released.

What you also might notice is that this card has “Play ball played by two” and “triple” written on the side. Some of the card backs in the set explained that, while 610 cards in the set had outcomes ranging from  a walk, a single or a homer, to a ground out, foul out or strikeout. There were a total of nine outcomes and the basic rules of the game said that you pick random cards and play innings until you get three outs. The game was heavily weighted towards offense, which always led to high scoring games. Kison was one of 13 players who always had “triple” on the back.

This is a common card from a set that is rather easy to find on Ebay. Even with shipping included, you’ll have no trouble finding one for $2 in nice shape. We have had some cards here with huge prices for high grade examples, but the perfect graded Kison is affordable for almost everyone. You can get a GEM MINT PSA 10 for around $50.