Today’s Card of the Day is the 1982 Fleer card of the great Willie Stargell. It was produced for his final year in the majors, though Fleer also gave him a 1983 card to wrap up his career. I’ll post about that card at some point down the line, but I have always preferred the 1982 card, so we are featuring this one first. 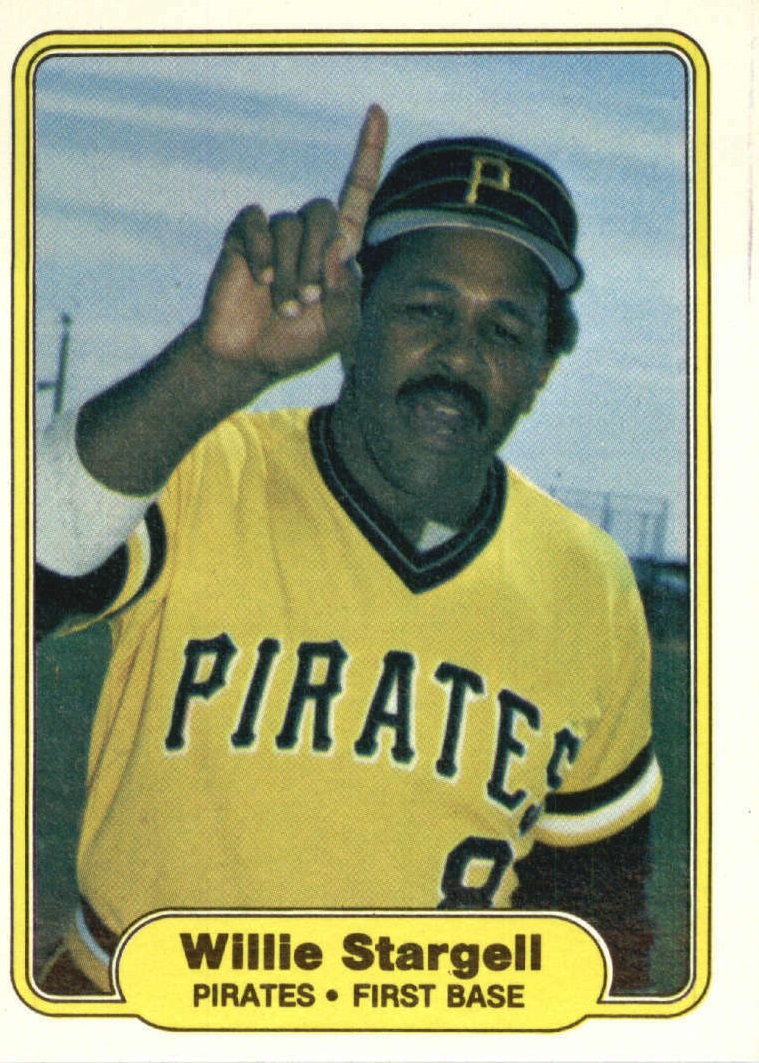 Fleer had some photo quality issues with their 1982 cards. You might get a nice crisp picture with good color, but you could also get a blurry or faded image of that same card. I chose this particular image because it felt like the middle ground. Not the best, but there were worse quality images out there. Once you get past that photo quality, then you look at the picture itself. It was likely taken during Spring Training of 1981, since the cards were already released well before Spring Training of 1982 started. Pops is holding up one finger, obviously signifying that he has one season left. They must have told him that the card was for 1982 ahead of time. He’s wearing a classic black & gold uniform combo with the ever popular pillbox cap. Don’t know if it’s just me, but with the way he is standing and the background, it actually looks like this photo is tilted a bit. Fleer used yellow borders and black writing for all of the Pirates cards in the set. Other teams had different color combos to match their team colors. 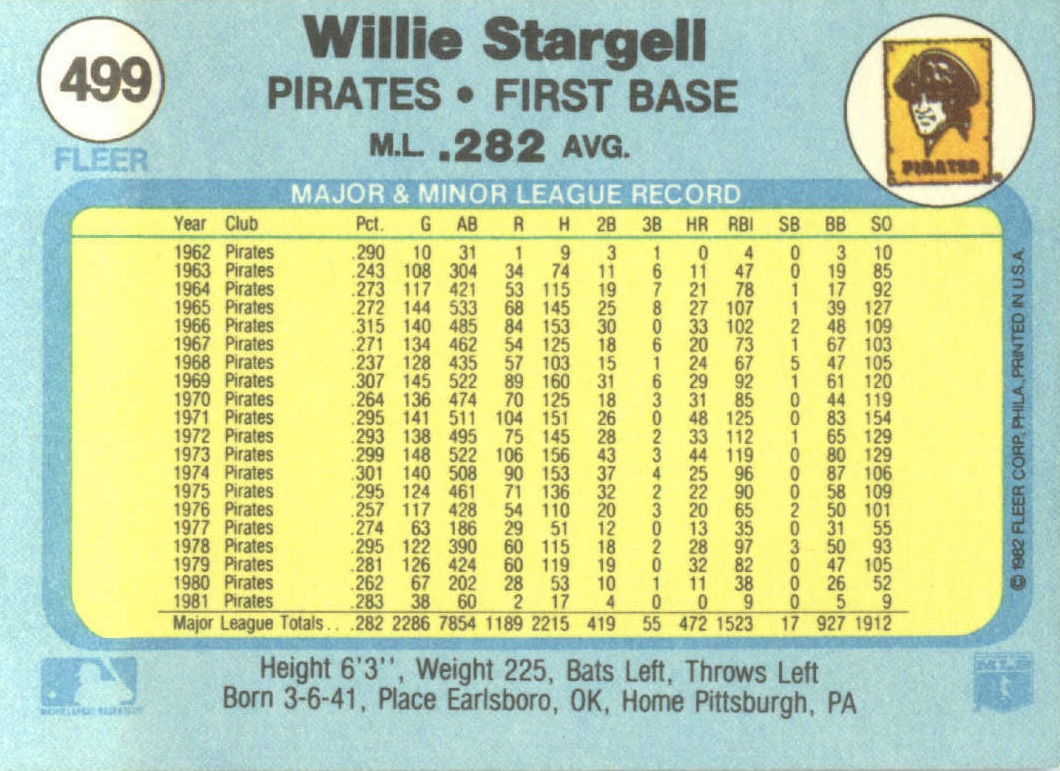 You basically get all of Stargell’s career stats here on one card, as he was a bench player during the 1982 season and didn’t see much time. As you should know from our Game Rewind earlier today, Stargell finished with 475 homers (you actually probably knew that before the Game Rewind). That’s the all-time record for the Pirates. Stargell had the record already for a few years, when he surpassed Ralph Kiner’s 301 homers. He also had the team RBI and walks records at this point.

I really like the back of 1982 Fleer cards because they have colors that make them easy to read. Some of the cards put out in the 1980s either had dark backgrounds or didn’t give complete lifetime stats. You’ve got everything for Pops here and the black on yellow writing doesn’t strain the peepers.

The 1982 Fleer set was mass produced. This was their second year with a full set of cards and they sold well. The Stargell card here can be had for around $2 each, including shipping. You could go for the entire Pirates team set (27 cards) and spend under $10 for all of them. I also looked at the 1982 Fleer Mike Easler in a previous Card of the Day article.