In yesterday’s Card of the Day article I mentioned that we have only featured Roberto Clemente here three times in this series and once was with three other people. I wasn’t trying to say that we needed to have him here more often, but some of you spoke up and I listened. So here’s a new Card of the Day featuring Roberto Clemente on his 1968 Topps All-Star card.

The 1968 Topps set has a nice design on front that is described by some as burlap borders. On the regular cards, the player name was in the bottom border, while the team and position were in a circle in the bottom right-hand corner of the photo. That’s the regular card for each player. One of the specialty cards subsets that they had was the All-Star set, featuring ten players from each league, one for each position and an extra pitcher who threw with the opposite hand of the other pitcher selected.  The choices were made by The Sporting News after the 1967 season. The Pittsburgh Pirates were represented in All-Star subset by shortstop Gene Alley and right fielder Roberto Clemente.

Here’s the front of Clemente’s card: 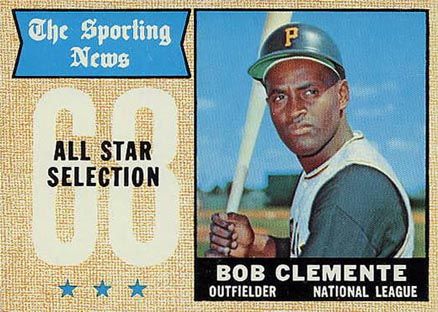 As you can see, Clemente is in a batting pose staring off into the distance. He’s referred to as “Bob” on the card, which happened often during this era. Without an American League card for comparison, you wouldn’t notice what makes this a National League card. The three stars at the bottom, as well as the background of “The Sporting News” in the top left are both blue. If Clemente was in the AL, both would be red…and Pirates fans would be sad that he was in the AL. 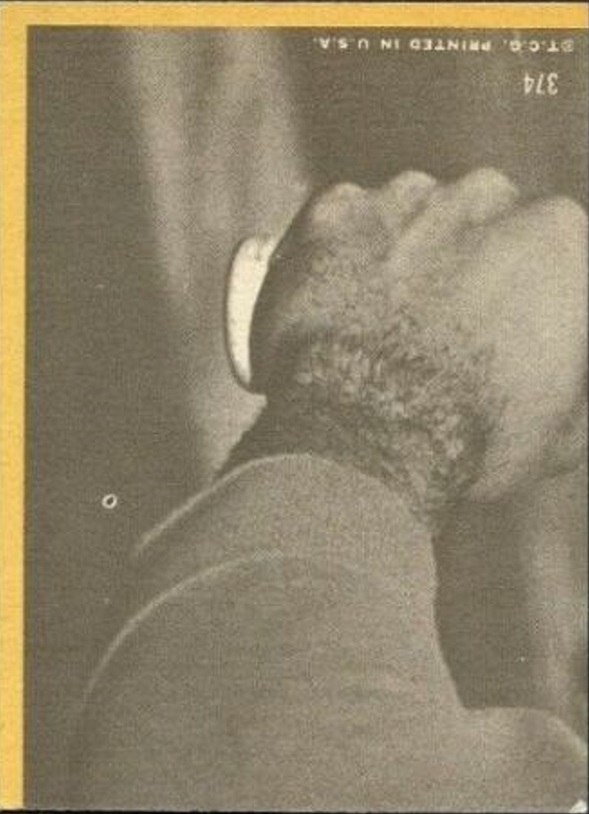 That’s probably not what you expected for the back. The 20 total All-Star cards make up photos of Orlando Cepeda and Carl Yastrzemski. You would expect that Cepeda would be on all of the NL cards and Yaz on back of all of the AL cards, but that’s not what happened. In this case for Clemente, the league lines up correctly. Those are Cepeda’s hands/batting grip.

These card aren’t hard to find, but the Clemente is a popular card as you would expect. It’s not as popular as his regular issue, but it’s far from a common card. If you were interested in picking one up in low grade (ungraded), it would run you about $10. As with all cards from back then, the nicer you look for, the more expensive they get. That’s especially true for high grade (graded) examples. Two PSA 8 examples recently sold for approximately $125 each. A PSA 9, just one grade higher, sold for $450 last month. There are six PSA 10 cards in existence as well if you must have a perfect example.