I mentioned in yesterday’s Card of the Day article that it was part one of a two-part article. I then featured the 1984 Topps card of Milt May. I usually mix up my choices, not using any players or sets too often, spreading out their appearances as the Card of the Day. Roberto Clemente is easily the most popular Pittsburgh Pirates player and I’ve only used him three times in four months, and once was on a card with other players. That being said, I’m going back-to-back with Milt May for a very good reason (in my mind). May’s 1984 Topps card is one of the worst pictures I’ve seen from Topps, ever. I’m not going to say his 1985 Topps is one of the best ever, but it’s one of my all-time favorites. 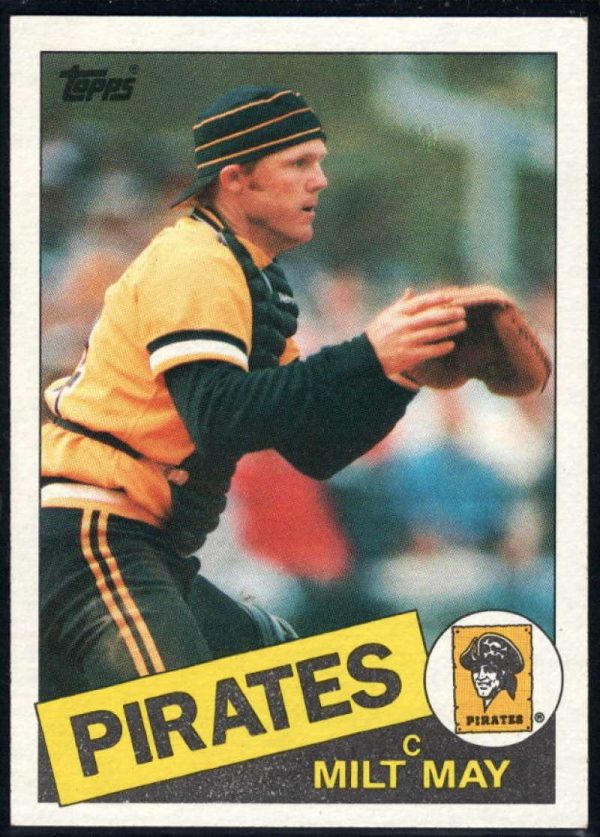 There’s a lot to like on this card. The old school black and gold uniform that they should have kept forever, though it’s great when it comes back as an alternate jersey now. The intense look on the veteran catcher’s face as he awaits a throw. Is there a collision in his near future? Possibly. I love the backwards pillbox cap as well. Add in the black and yellow writing at the bottom and the old school Pirates logo and this card has tons of eye appeal. Many of the card poses  back then were just that, poses. So the game action always stands out, especially when it’s more than someone standing at the plate, which is another popular one. Why not get some more mid-swing photos? But I digress. 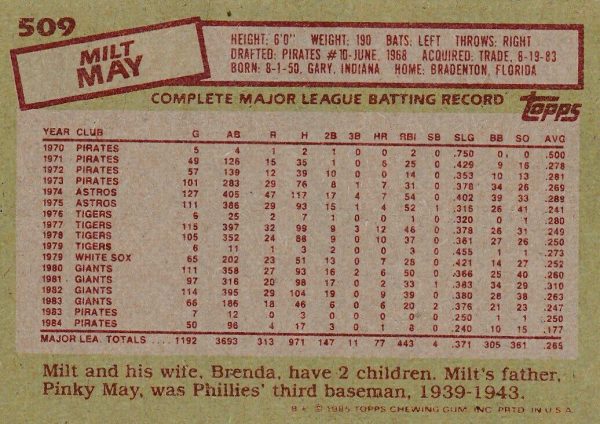 I mentioned yesterday that the small print on the back of cards could be brutal on the eyes. The 1985 Topps have a lighter background, so they are easier to read, but May added on another year of stats, so they had to adjust the size a little more to get in an extra line. He never played after 1984, so what you see there are his complete big league stats. His final batting average is actually wrong.  He was a .263 career hitter. As noted on the bottom, his dad was an MLB third baseman for five years for the Philadelphia Phillies. His big league career ended due to the war. He missed three full years serving in the Navy, then played in the minors when he returned.

Finally, here’s a side by side for the 1985 Topps and 1984 Topps, showing (in my opinion) one of the biggest differences in photo quality for Topps, and it just happens to be the same player. 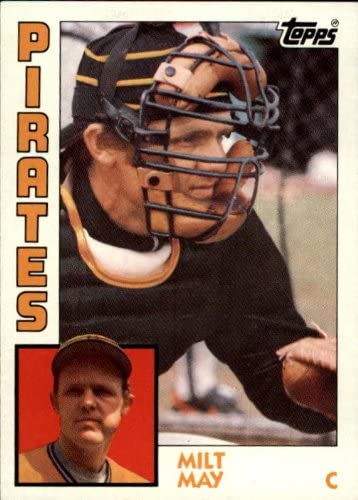 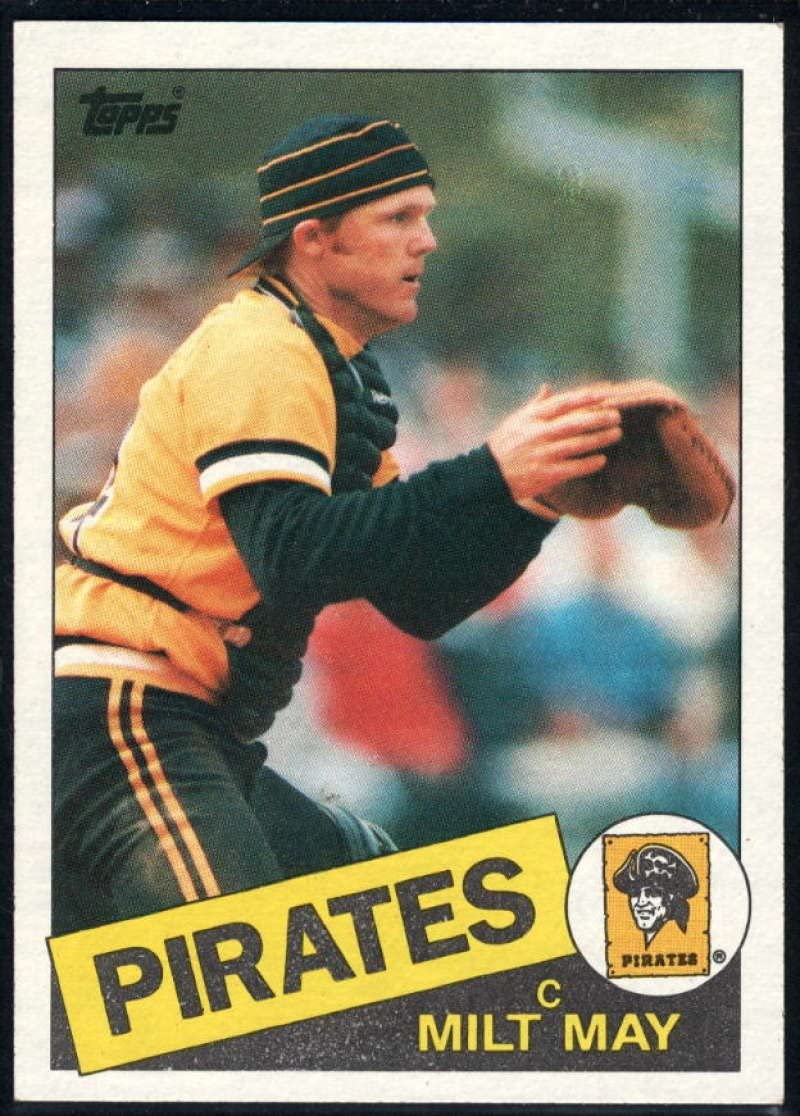