Today’s Card of the Day is here because it’s a great action shot. Card #558 in the 1993 Pinnacle set shows Pittsburgh Pirates second baseman Carlos Garcia mid-air as he avoids a New York Mets player trying to break up a double play.

In 1992, Score, a baseball card company since 1988, began producing a premium card set that they called Pinnacle. They continued to release their regular set each year, but this set came with subsets that had special limited print cards, plus the set itself was somewhat limited compared to the regular Score set. The price reflected those things, and they were regularly sold for $2 per pack back when most packs could be bought for a dollar. It was released in two series of 310 cards each and they produced the set for seven years. Today’s featured card is from their second year and the second series that year. 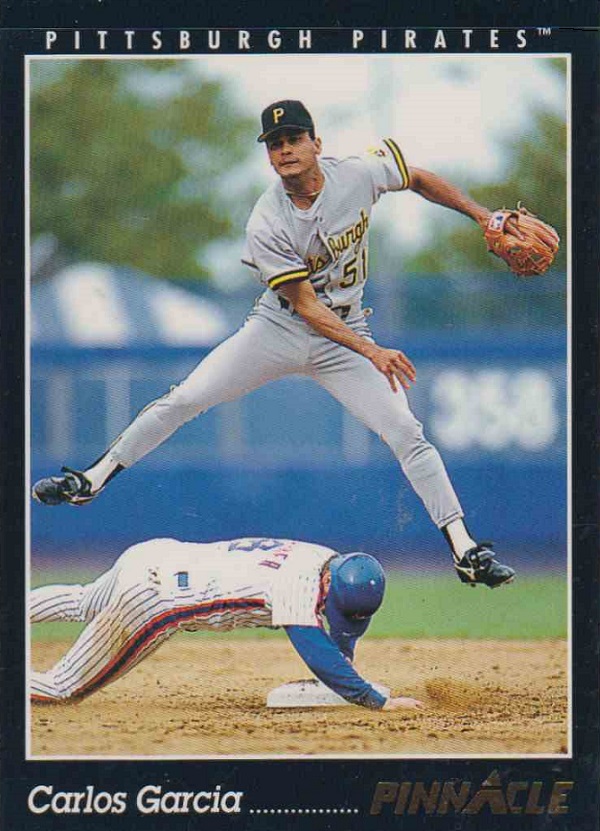 What I like most about this card is that you can narrow the photo down to the exact play. Gallagher was only with the New York Mets during 1992-93, so the photo had to be taken in 1992 to get on a card in this set. The game is obviously at Shea Stadium and not in Pittsburgh. It’s also clearly a day game. That narrowed it down to just two games that both Gallagher and Garcia both played in that year. Gallagher reached base twice while Garcia was also in the game and the one time he never left first base. So by process of elimination, this photo was taken during the seventh inning on October 4, 1992. Gallagher walked, then Zane Smith got a ground ball from Ryan Thompson for an inning ending 5-4-3 double play. 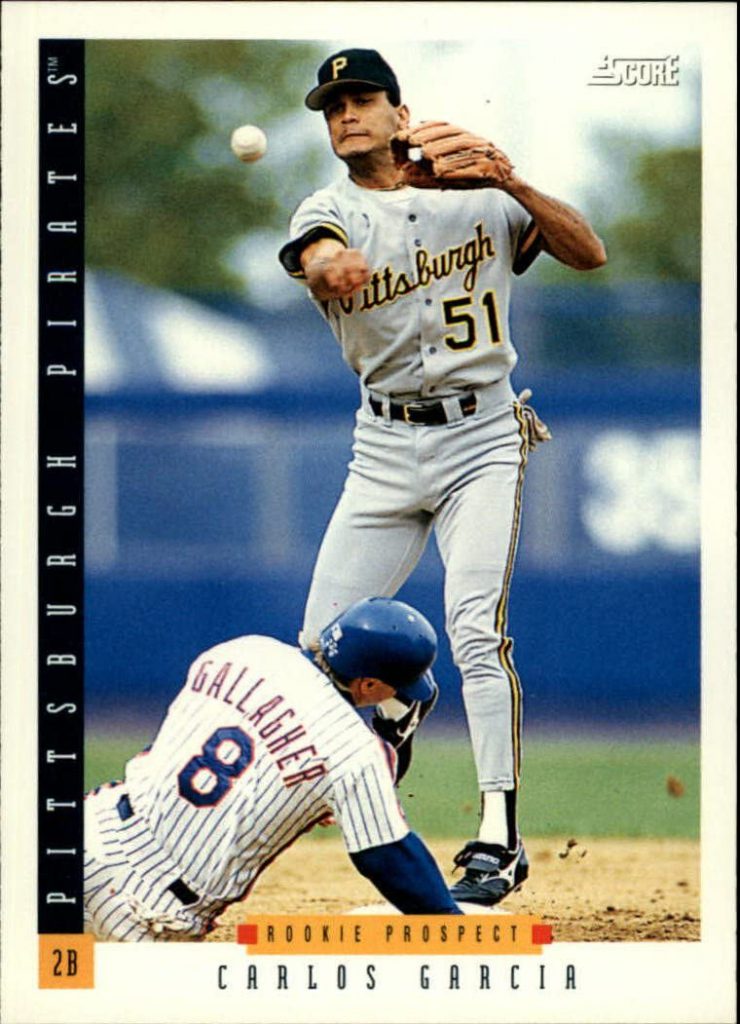 The back of the Pinnacle card had an anti-counterfeit bar code so the cards couldn’t be replicated by someone else. That has been a problem with some other cards over the years, but it turned out to be quite unnecessary during this time. The cards of this era were mass produced and have little value now. The entire set can be bought for $35-40 now and that includes the shipping cost on mailing a box of 620 cards. No one is reprinted them now or anytime in the future.

Here’s the back of Garcia’s card 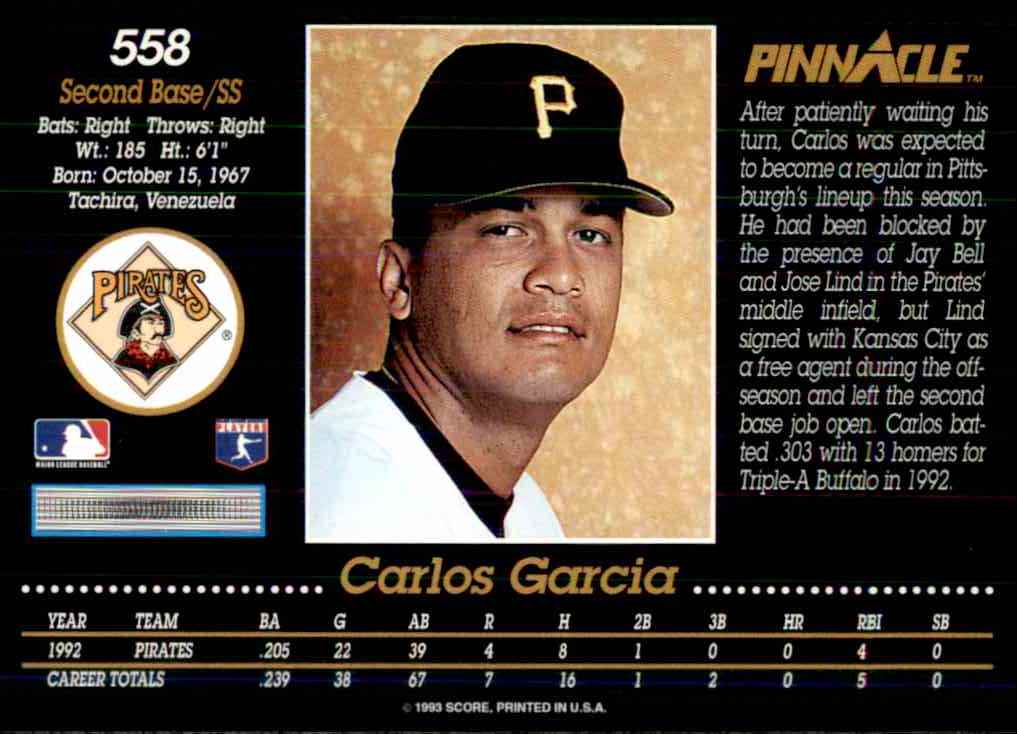 The card bio section correctly predicted that he would become a regular in 1993, which was his best season in the majors, though he was an All-Star during the strike-shortened 1994 season. Garcia had a tough time breaking in with the Pirates, playing 38 games total over his first three seasons.