This is our third guest submission for the Card of the Day articles. This one comes from Jarrod Ranone, who you might remember from our Pittsburgh Pirates Memorabilia article on his 1946 team signed baseball. This time he’s bringing you a difficult card to find that depicts one of the Pittsburgh Pirates all-time greats, Hall of Fame right fielder Paul Waner. It’s from the set designated as W517, which was put out in 1931. During that 1931 season, Waner was in his sixth year in the majors. He batted .322 in 150 games, which sounds like a strong average, but it was actually his career low to that point.

Jarrod describes this card below in detail, tells why he acquired the card and gives some information on the price range for anyone wanting to add this card to their own collection. He also gives a little background of the definition of a rookie card with older sets.

Hi, my name is Jarrod and I am a baseball card nerd. Wow, that felt great to get off my chest. As an avid collector that focuses on Pittsburgh sports and the history that each card shows, I am always looking for vintage cards to add to my collection. 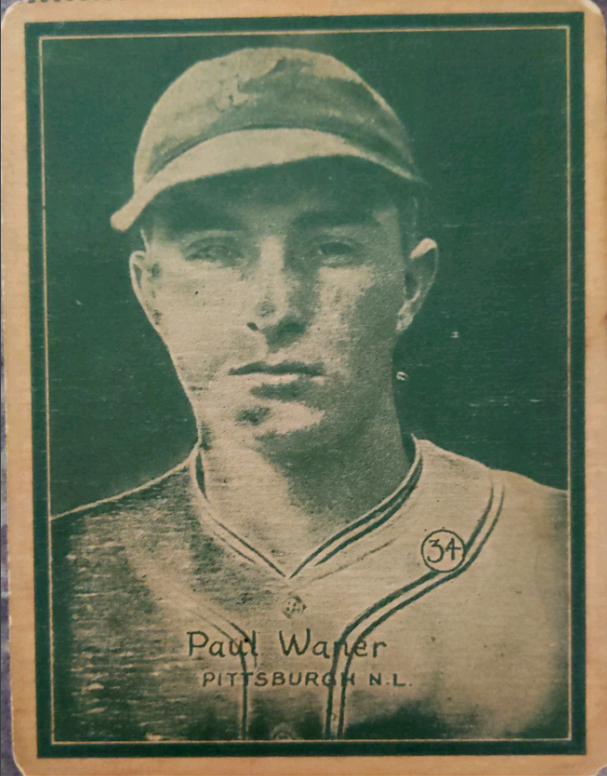 As you can see, the card is very basic with a portrait of Waner with his name and club listed towards the lower part of the card. The card is oversized by today’s standards at roughly 3”x4” The back does not feature any stats or information, except for a previous owner writing “H-F” which I am assuming was to mark that he was a Hall of Famer. The card itself does not have any creases and the corners are a little rounded but I guess that is what we would all hope to be described as when we are 89 years old. 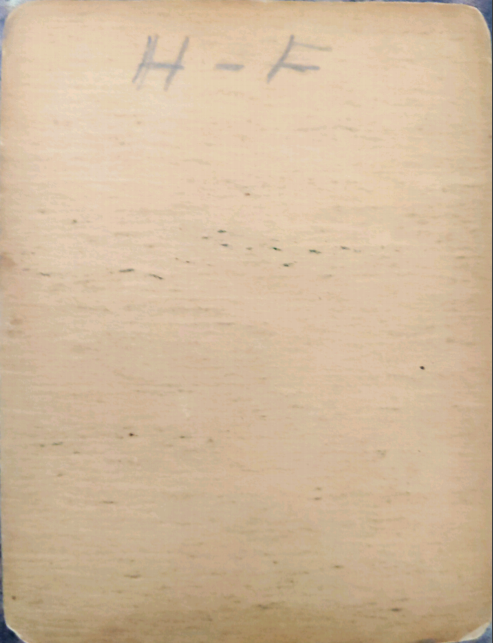 Paul Glee Waner, also known as “Big Poison” was a Hall of Fame outfielder who played 20 years (15 with the Pirates) so I was thrilled to add this to my collection. Hearing stories from grandparents and older relatives of the great Pirates of that era and after holds a special place in my heart. Like many, the emotional appeal of the item drove me to the purchase. But I started to wonder more about the background of the card.

Exhibit Supply Company, who made many black and white postcard-sized cards from the 1920s to early 60s, produced these cards. The set consists of 54 cards, about 60% of which are hall of famers. The card is printed on a thicker stock than most and was often sold in candy or grocery stores. The cards came in vertical strips of three. It is interesting to note that these cards came in different variations with versions in magenta, green, purple, and blue. There is also a no-number variation as well. I guess we can blame Exhibit for today’s craze of what feels like 30 different parallel cards per specific player in each specific set.

If you search for Paul Waner baseball cards you notice that his official rookie card is identified as the 1933 Goudey. Waner, however was previously on cards dating back to 1926. This is common for this era as no official trading card partnership was formed with the league at this time.

With many of these cards being ungraded and handcut, the price for an ungraded card is reasonable at between $30-$60 with graded versions starting around $100. With so many hall of famers and a small number of cards needed for a complete set, this is considered by many as nice “lower cost” (compared to alternatives) project for anyone looking to get in to vintage cards.