Today’s Card of the Day comes from the 2009 Topps Heritage set. In that 520-card set, Topps paid tribute to their 1960 set, using the same front design. That included a large color photo of the player and a smaller black & white photo on the left with a solid background. The fronts for both sets also had the team logo in the left/bottom corner, which was next to the player’s name, team name and position. Just like in 1960, the player’s name used alternating colors for each letter. Card #258 featured Pittsburgh Pirates shortstop Jack Wilson. 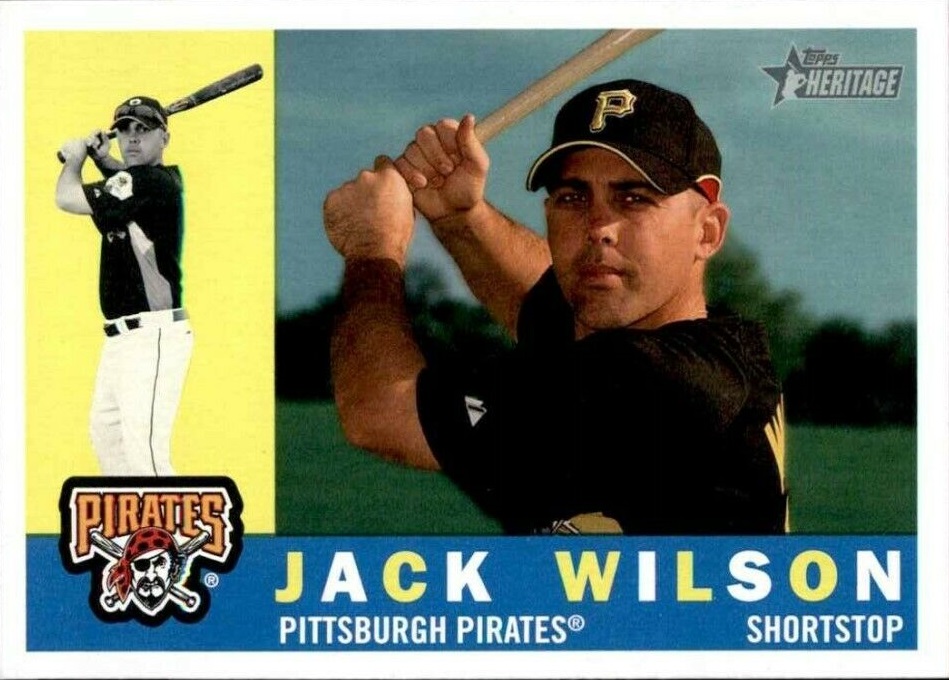 In the 1960 Topps set, the two pictures they used on the front were usually fairly different. If one was an action pose, the other would be a portrait pose. Or if one was batting, the other would be fielding. That wasn’t a rule, just the usual way they did business. As you can see with the Wilson card, they basically used the exact same pose. It’s not the same photo, the jersey is a big difference, but they weren’t very creative here with their selection. If you collect the 1960 Topps set, you might know that only one other Pirates card has two batting poses that are somewhat similar. This card… 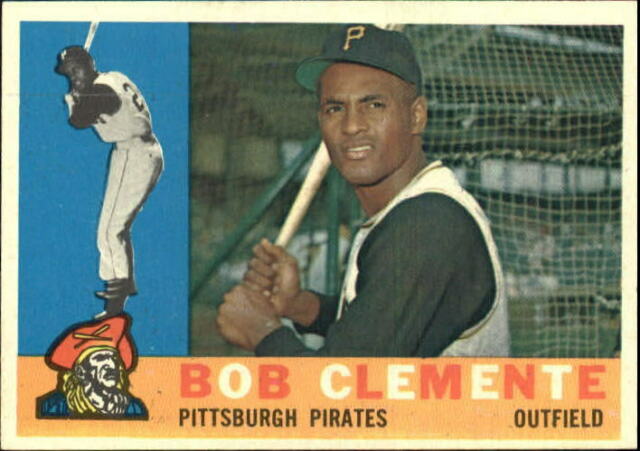 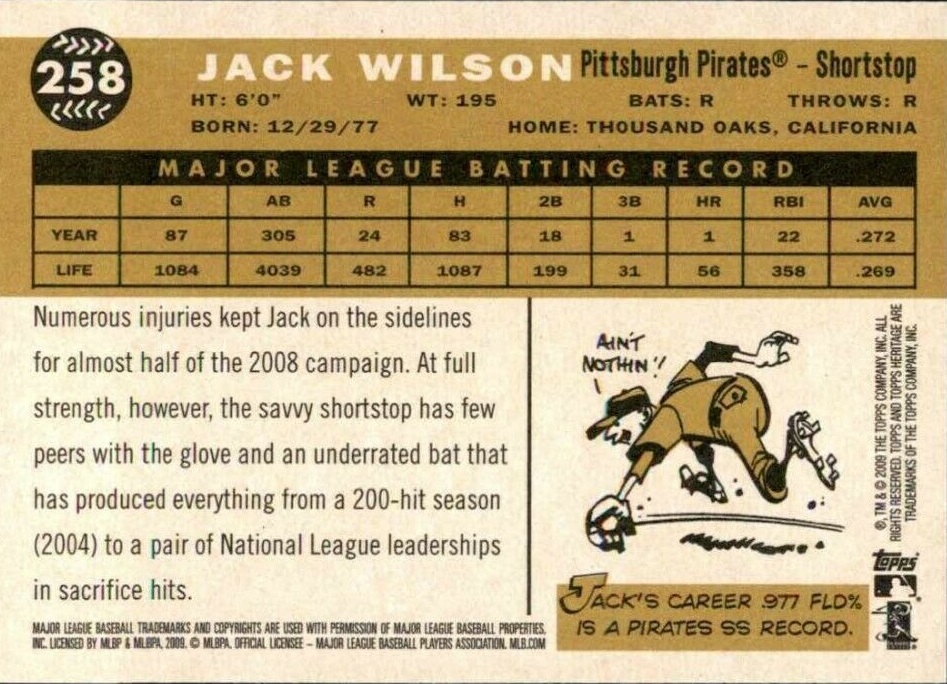 The 2009 season was Wilson’s last with the Pirates, so his stats with the team didn’t change much from those lifetime totals you see above. He was sent to the Seattle Mariners in a trade on July 29th, exactly nine years after the Pirates acquired him as a minor leaguer from the St Louis Cardinals. The fun fact on the side notes that he had a .977 fielding percentage, which was a Pirates team record. Wilson put up a .980% during his time with the team in 2009, slightly bumping up that total. Jordy Mercer finished with a .980 fielding percentage at shortstop with the Pirates, topping Wilson’s career total.

It’s interesting to note that Topps mentioned his bat, specifically saying 2004, but they didn’t note that he won the Silver Slugger that year. He also led the league in triples. Just like the front, the back is a tribute to the 1960 Topps style.

The 2009 Heritage set had high number cards that were released later in the year. Wilson was already dealt to the Mariners by then, so he received a second card in the set (#551), which can be seen here: 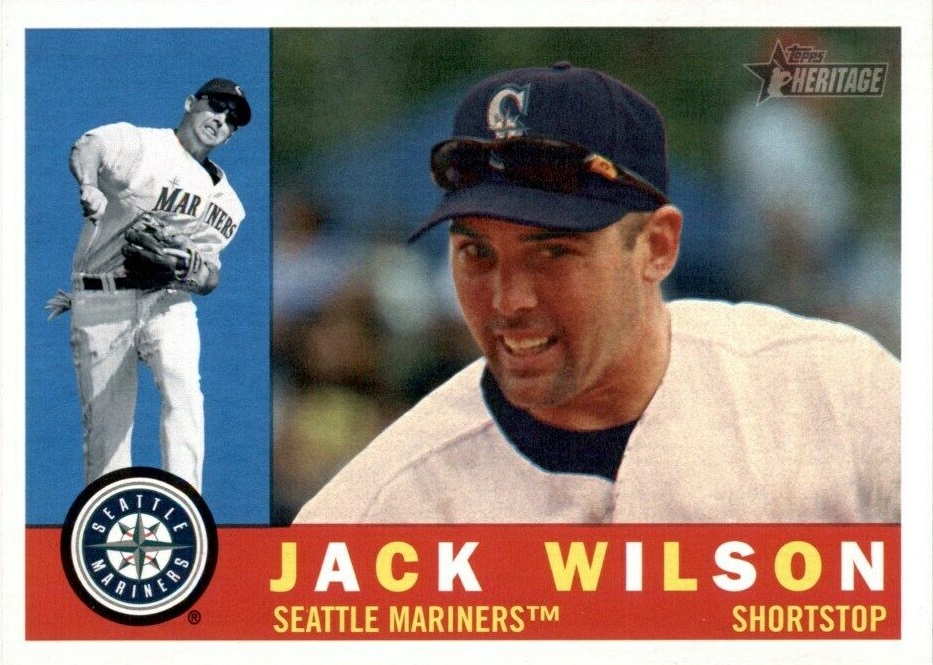