Today’s Card of the Day is a new one for this feature. It shows a player who never played for the Pittsburgh Pirates in the majors. In 1989, Topps started featuring some first round picks from the previous summer. Two years later, one of those draft picks was an 18-year-old right-handed pitcher out of Bakersfield West High School. The Pirates selected Kurt Miller with the fifth overall pick in the 1990 draft and Topps chose to put him on one of their #1 draft pick cards. 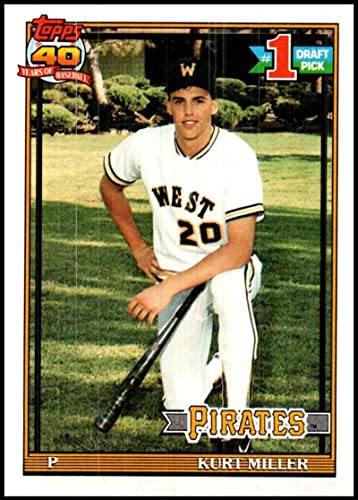 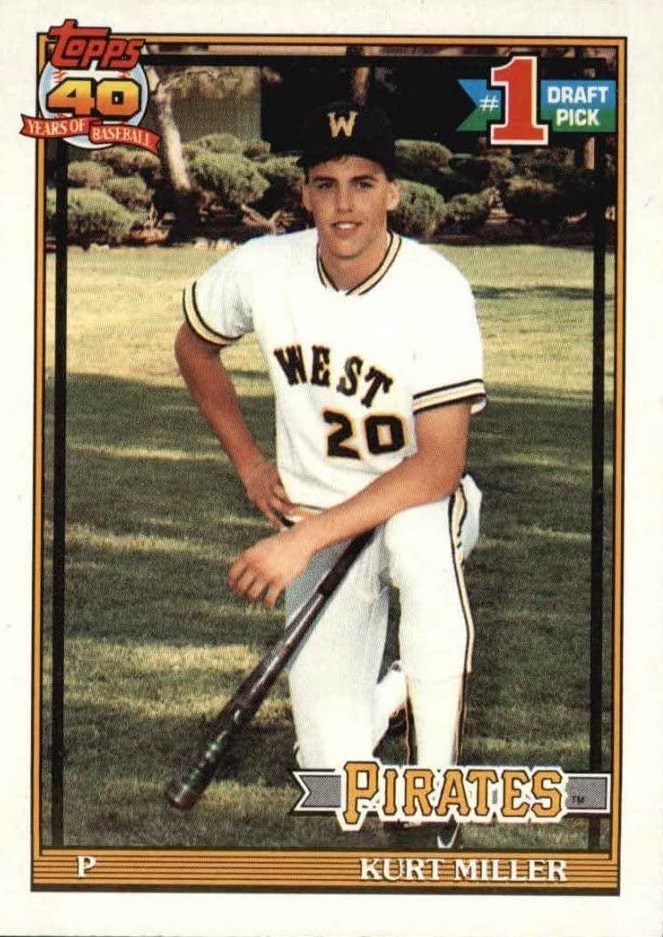 As you can see here, Miller was extremely young looking at the time. Assuming that the photo was taken shortly after the draft, he was still two months shy of his 18th birthday. He was also a pitcher, but here’s he photographed with a bat, just to add some fun to the card. 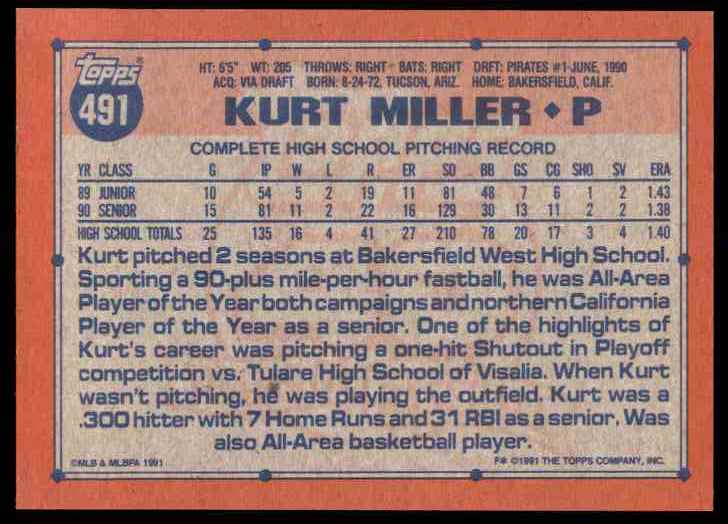 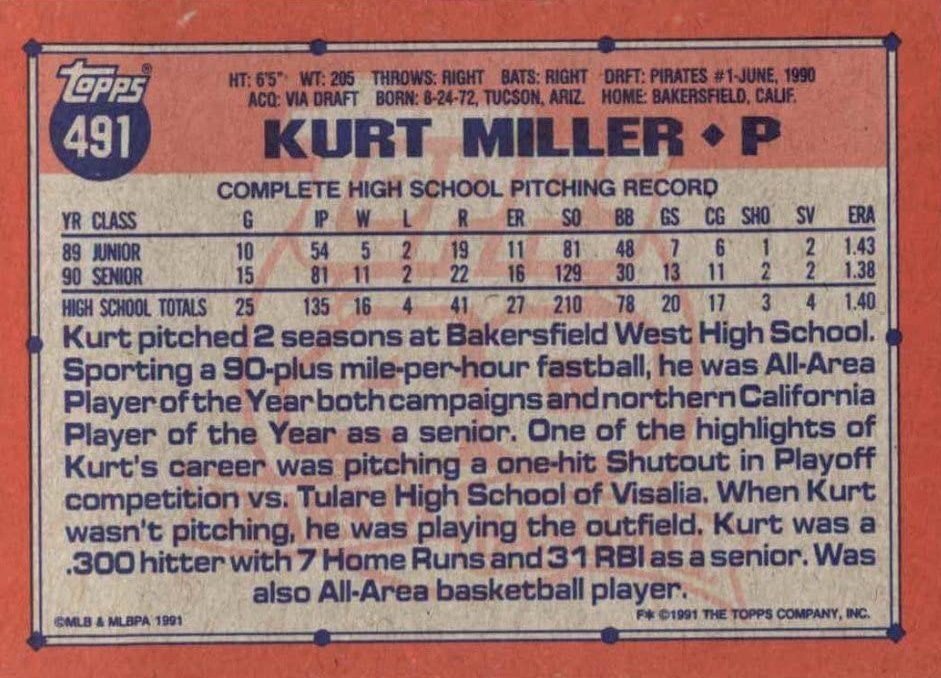 As the back of the card shows, Miller was a decent hitter as well. A .300 average is low for high school, but they play a limited schedule and he was still able to collect seven homers and 31 RBIs. The Pirates drafted him for his arm and the scouting report on the card notes that he threw 90+ MPH. Not a lot to go on, though you wouldn’t expect a full scouting report in a limited space. Miller was 6’5″, 205 pounds, young for his draft class and throwing hard, so that’s a nice start to a prospect.

The stats on back show that he was fairly dominating as a high school pitcher, with 210 strikeouts in 135 innings, along with a 1.40 ERA. What I noticed from his junior year was 48 walks in 54 innings. He improved a lot the next year with 30 walks in 81 innings. Not great for high school, but it’s better.

On August 30, 1991, just days after his 19th birthday, he was traded to the Texas Rangers in exchange for third baseman Steve Buechele. The Pirates paid a big price for their playoff run and it didn’t come back to hurt them. Miller made the majors in 1994, but he never stuck. In five seasons, he had a 7.48 ERA in 44 appearances and 80.2 innings.

When these cards came out, the draft picks were instantly collectible, but the entire set has lost value over time because Topps mass produced them. Miller probably peaked around $1 back then, maybe slightly higher. At one time he was rated as the #11 prospect in all of baseball. That would have helped his card prices, but Topps wasn’t the only company that had him in their set. Now the card is just a common in a set where the popularity is dwarfed by the availability. That being said, any common card you try to buy on Ebay is usually $1 at minimum because of the shipping and fees.