This article was originally going to be a Game Rewind article. I got asked recently about the highest lifetime batting averages for Pittsburgh Pirates and Aubrey Epps popped into my head. He went 3-for-4 in his only big league game. So I sat down to start writing a Game Rewind article about that game and found out that there was so much more to Epps that I didn’t know. I’m writing this article just as much for me as the site itself.

I never really looked into Epps, other than reading the game recaps from his one game, as well as looking at his minor league stats. It turns out that his career with the Pittsburgh Pirates was so much more than one game.

Epps was signed by scout Carlton Molesworth in 1934 and the Pirates were very excited about the 22-year-old backstop, who batted .301 in 152 games for Birmingham of the Southern Association. He was signed in September of 1934 and the team announced that he would join the club the following spring.

Epps only caught 18 times in 1934, with the rest of the time spent in the outfield. He was with the Pirates in Spring Training in 1935, though he saw limited time due to a hand injury in mid-March. The Pirates noted that he was going to be shipped to the minors (back to Birmingham) for the year to get sufficient catching experience.

Epps played 59 games for Birmingham and had a .324 average. He was sent to Fort Worth of the Texas League in June and struggled in 26 games, putting up a .203 average. Despite the lack of hitting, he was recalled by the Pirates on August 1st and joined the team a few days later.

Back before going through all of this info, I assumed that Epps joined the Pirates when rosters expanded in September, as big league teams would get their players back when minor league seasons ended, as well as sign some new players. At times in baseball history, the Rule 5 draft was a minor league draft in early September and sometimes those players would join the big league club. However, Epps was actually with the team a month earlier, yet he still ended up playing just that one game.

On September 29, 1935, in the final game of the season, which was also game two of a doubleheader in Cincinnati, Epps got his chance to play. He was behind the plate, batting eighth in the lineup and his batterymate was 26-year-old Calude Passeau, who was making his big league debut as well. Passeau won 20 games for Des Moines of the Western League that season.

Epps got his first at-bat with two outs in the second inning and singled up the middle to drive in the first run of the game. After the Reds put up four runs, Epps hit an RBI triple in the fourth inning to make it a 4-2 game. He scored one batter later on a single. In the sixth, he laced another RBI single. Epps grounded out in the seventh, then was on deck when the final out of the game was made. It was a strong game at the plate, though he made two throwing errors that resulted in runs. 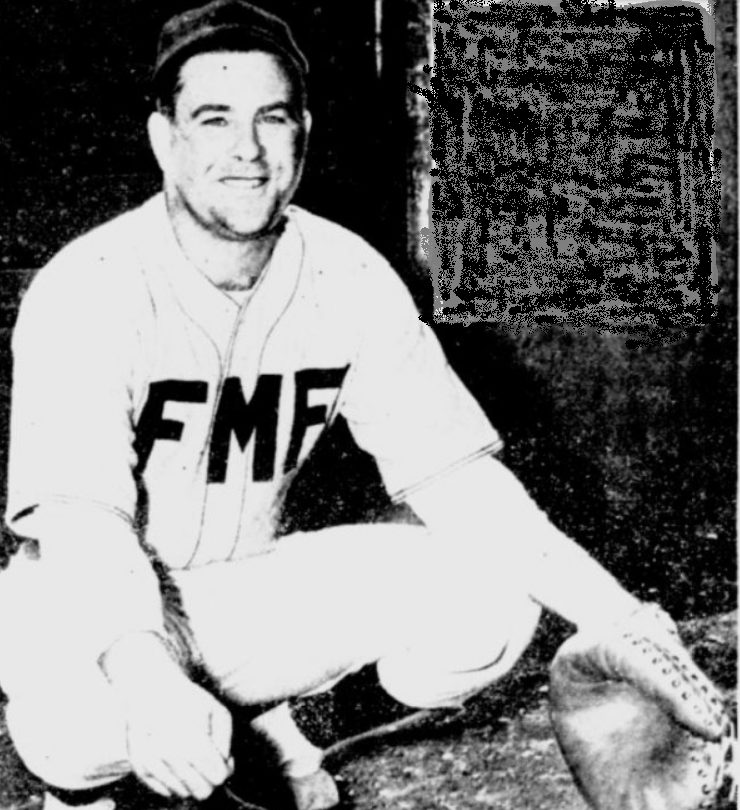 Epps didn’t have much time to enjoy his big debut because the off-season got off to a near disastrous start. On November 1st, it was announced that Epps came down with a very bad case of pneumonia and was in an oxygen tent in critical condition. They next update was 29 days later, where it was announced that he was better, but still recouping, 32 pounds lighter than when he went in to the hospital. He originally went in for a tonsillectomy, but things took a bad turn after the surgery. Despite the weight loss and prolonged sickness, he was still ready to go by the following spring.

In 1936, Epps made the team out of Spring Training as the fourth-string catcher behind Tom Padden, Hal Finney and Al Todd. The season began on April 14th and the Pirates held on to four catchers until May 2nd. On that day, Epps was sent to Scranton of the New York-Penn League (a higher level than the current league). The Pirates had a working agreement with Scranton and they were able to get Epps back within 48 hours of a recall. His services were never needed during the season, though he remained property of the Pirates throughout the year and into 1937.

In 1937, Epps was determined to win a big league job in Spring Training and he believed that his third chance was his last with the club. He would win that job, making the Opening Day roster as an extra catcher. The schedule began on April 20th and Epps was on the bench that day, and the next day, and the next day, and you get the point. On May 15th, the Pirates trimmed their roster down to 23 players by selling Epps to Memphis of the American Association, ending his time with the club.

He would play pro ball until 1941 and was mentioned in 1945 as playing backstop in the Fleet Marine Force (photo above), back when baseball players used to entertain troops with games to keep morale up.

Epps is obviously as obscure as you get as far as games played in the majors. His name comes up occasionally because he had three hits in his big league debut, which just happened to also be his final game. He was clearly a bigger name back then though, signing with the Pirates as a top young catching prospect, going though three Spring Trainings with the club, as well as his “near death” sickness over one off-season that concerned fans. He was an active player with the Pirates much longer than one game, but at least he got that one chance to shine and he made the most of it.

Here are the links to the other Obscure Pittsburgh Pirates articles.