You won’t find too many players who spent eight years with one team and they’re as obscure as Pittsburgh Pirates infielder Pep Young. From 1933 until 1940, he played 697 games with the Pirates. His entire big league career lasted just 730 games. His name rarely comes up, but he was with the team for a significant amount of time and deserves a little recognition here.

Pep Young is the only Major League player with the first name Lemuel, which doesn’t seem surprising to me, since I’ve never heard the name before. However, six big league players have had the middle name Lemuel, including Bill Hall, a catcher for the Pirates in the mid-50s. From his first days with the Pirates, Young was known by the nickname Pep. He was also called Whitey Young in some early references during his second Spring Training with the team.

In 1933, Young was 25 years old and he had no prior big league experience. He was with the Pirates during Spring Training of 1932, but a bad finger injury in early March ended his chance of making the team before it really got started. He spent the 1932 season playing for the Tulsa Oilers of the Western League, where he hit .284 over 144 games, with 45 extra-base hits.

The Pirates had Young competing for the second backup infielder spot on a 1933 team that had Pie Traynor and Arky Vaughan on the left side, and Gus Suhr, who set the National League consecutive games played streak, playing first base. Tony Piet was a solid second baseman at that time, while Tommy Thevenow was a veteran infielder who could play all four spots if needed. They had four strong starters and a backup who would start on most teams. Then there was Young.

Young beat out Bill Brubaker during Spring Training for the last infield spot on the roster. Young showed solid defense at second base early that spring, while also putting together some nice at-bats. The Pirates played intrasquad games at the beginning of Spring Training back then, before trimming their roster and moving on to exhibition games. Once those exhibition games started, Young was basically glued to the bench, usually coming in very late for a pinch-hit at-bat. It would be good training for his 1933 season.

Despite being with the Pirates for the entire season, Pep played a total of 25 games in 1933. He had just 20 plate appearances all season. He was used 18 times as a pinch-hitter and seven times as a pinch-runner. He remained in two of those games as a defensive replacement. Young played shortstop once for one inning and second base once for three innings. He had two chances in the field all season. If you’re scoring at home, that means that he never started a game during the year. His big highlight was getting to bat twice in a game one time as a pinch-hitter when the Pirates batted around in the ninth inning. 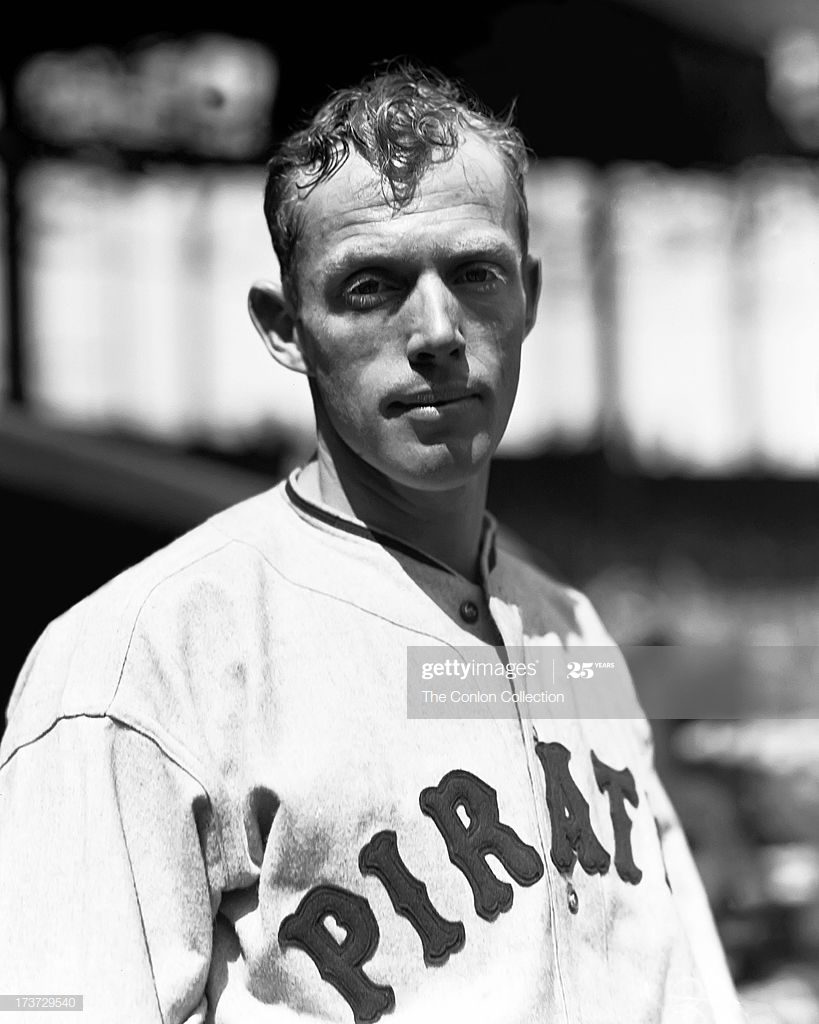 The 1934 season wasn’t much different for Young as far as playing time, though he came about it in a different way. He had three starts during the season, one at shortstop and two at second base. He was also sent to the minor leagues in early August when the Pirates signed Hall of Fame pitcher Burleigh Grimes. Young was back in September and played a total of 17 games for the Pirates in 1934, getting just 17 plate appearances. Nearly two full seasons spent in Pittsburgh and he had played 42 games, with a total of three starts.

The 1935 season started the same for Young, who was used just five times during the first five weeks, all of them being pinch-running appearances. There were changes in the infield that year and it helped him get playing time. Pie Traynor was no longer an everyday player and Tony Piet was no longer around. A young infielder named Cookie Lavagetto was the starting second baseman, while Tommy Thevenow was filling in for Traynor at third base. When Lavagetto got off to a slow start, Young took advantage of an opportunity to play.

Young started at second base on May 18th and picked up a hit and a run scored. He followed that with ten hits over the next five games. When the season ended, he had started 121 of the final 125 games. He was mostly at second base, but he also saw some time at shortstop, third base, left field and right field. Young hit .265/.298/.399 in 128 games, with 42 extra-base hits, 60 runs scored and 82 RBIs.

Young was given the second base job in 1936 and that’s the only position he played all year. It wasn’t his job the entire year though. He had to regain his starting spot after he injured his hand on May 31st. Young was declared ready to play by June 14th by manager Pie Traynor, but he didn’t start another game until June 30th. Once he was back in the starting lineup, he was there to stay. He started 121 games during the season and batted .248/.293/.377 in 514 plate appearances. Despite mediocre stats, he had a penchant for coming up with big hits, which led to 77 RBIs

In 1937, Young wasn’t the starting second baseman at the beginning of the year. He lost his job during Spring Training to 23-year-old Lee Handley. Young didn’t get his first start until May 25th, and he played just two of the first 28 games that season. He got the starting third base job on the 25th, then moved over to shortstop briefly in July. From there he moved to second base, then back to shortstop when Arky Vaughan was having trouble returning from an injury he suffered in a collision during a July 11th game.

Young eventually moved back to second base when Vaughan returned, but he saw significant time at shortstop before the move. He played 113 games that season, with 45 games at shortstop, 39 at third base and 30 at second base. He hit .260/.306/.390 in 443 plate appearances.

By Opening Day in 1938, Young was once again the starting second baseman and had the best season of his career. In 149 games, he hit .278/.329/.381, with 36 doubles and 79 RBIs. He received mild MVP support for his season, which included him leading all National League second basemen in assists and double plays. Young’s 4.2 WAR that season represents 75% of his career WAR during his ten-year career in the majors.

The baseball gods weren’t kind to Young in 1939, as he was coming off of his best season and looked to be a big part of the team’s future. On May 2nd, he suffered a leg injury and was initially expected to miss about two weeks. He missed a total of seven weeks, returning in late June. He was hitting well right from his first day back, but a cut on his hand cost him another nine games in July. In early September, he suffered a knee injury (or injuries to both knees possibly) and barely played that month. He ended up playing just 84 games total and putting up a .709 OPS.

Young was starting at second base early in 1940, but he got off to a very slow start and barely played the rest of the way until getting some opportunities in September. At the end of the season, he was traded to a minor league team in Atlanta, ending his time with the Pirates. He hit .250/.320/.382 in 54 games for the Pirates in 1940. Young would go on to play for the Cincinnati Reds and St Louis Cardinals briefly during the 1941 season, then spent the next 3 1/2 seasons in the minors, before returning to the majors with the 1945 Cardinals for the last two months of the season. 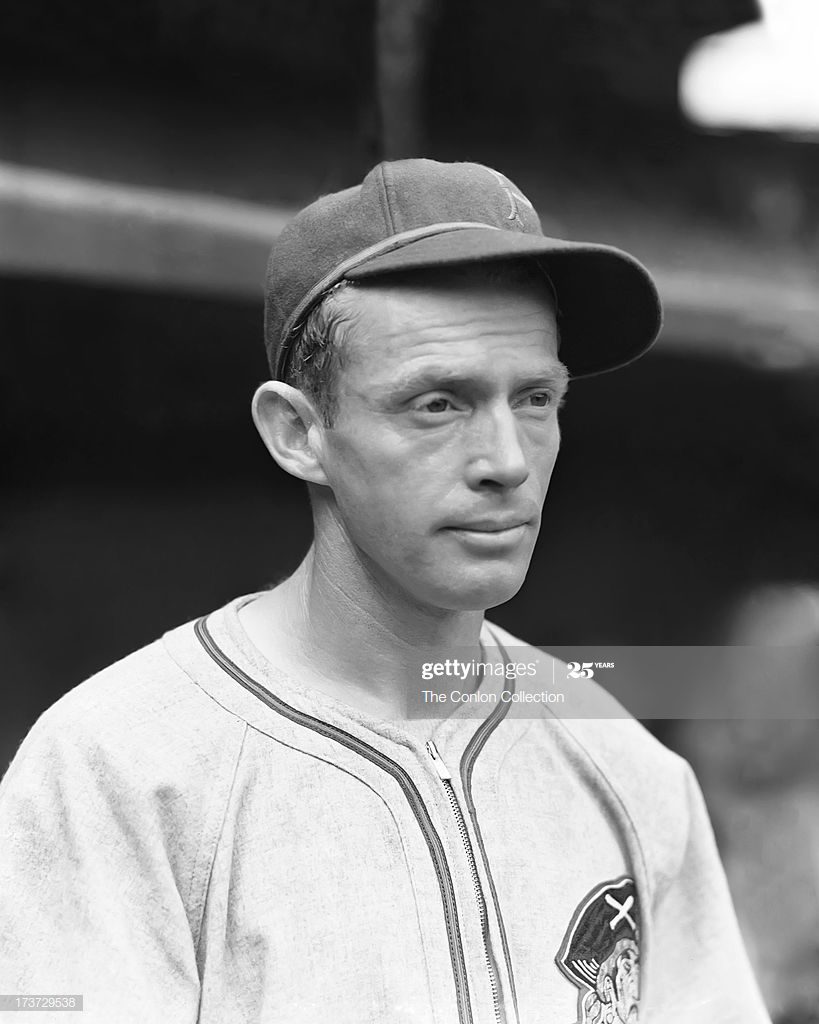