We have posted 25 Card of the Day articles already, but this one today is just our second guest submission. Two weeks back, Kevin Cummings wrote about the 1887 N172 card of Pittsburgh Alleghenys second baseman Sam Barkley, talking about the famous Old Judge set and the player depicted on that card. Today’s card is 111 years newer than that Barkley card, but it has an interesting story of its own.

Jim Rosati, who ran the Pirates site North Side Notch, shares a card he owns of a young Jose Guillen. The picture on the front is a great pose, while the back has an interesting fun fact.

Today’s Card of the Day is the first Topps card of the outfielder with the strongest arm that Pirates fans my age have ever seen, Jose Guillen. Guillen was a very highly touted prospect when he cracked the Pirates Opening Day roster at age 20 in 1997 and was a key member of that ‘97 team that would be dubbed, “The Freak Show.” 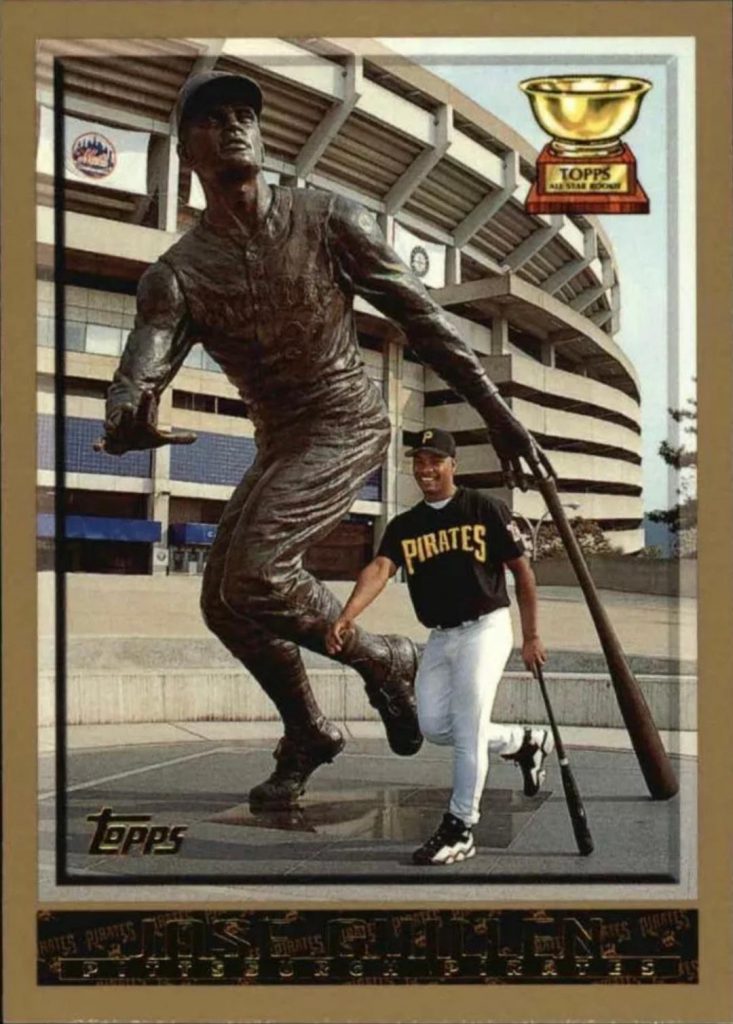 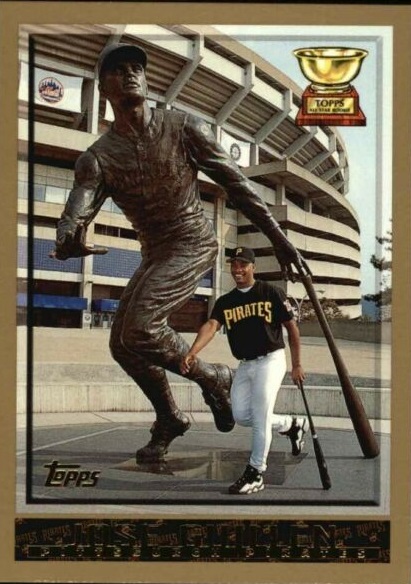 There’s a lot going on with the front of this card that I love. First, there’s Guillen doing the same pose as Clemente in front of his statue located outside Three Rivers Stadium. If you haven’t watched Guillen’s arm lately, click here really quick and come back to read the rest of this.

The second thing I love about this is the Topps All Star Rookie Cup on the top right, symbolizing Guillen being named as one of the top rookies from 1997. 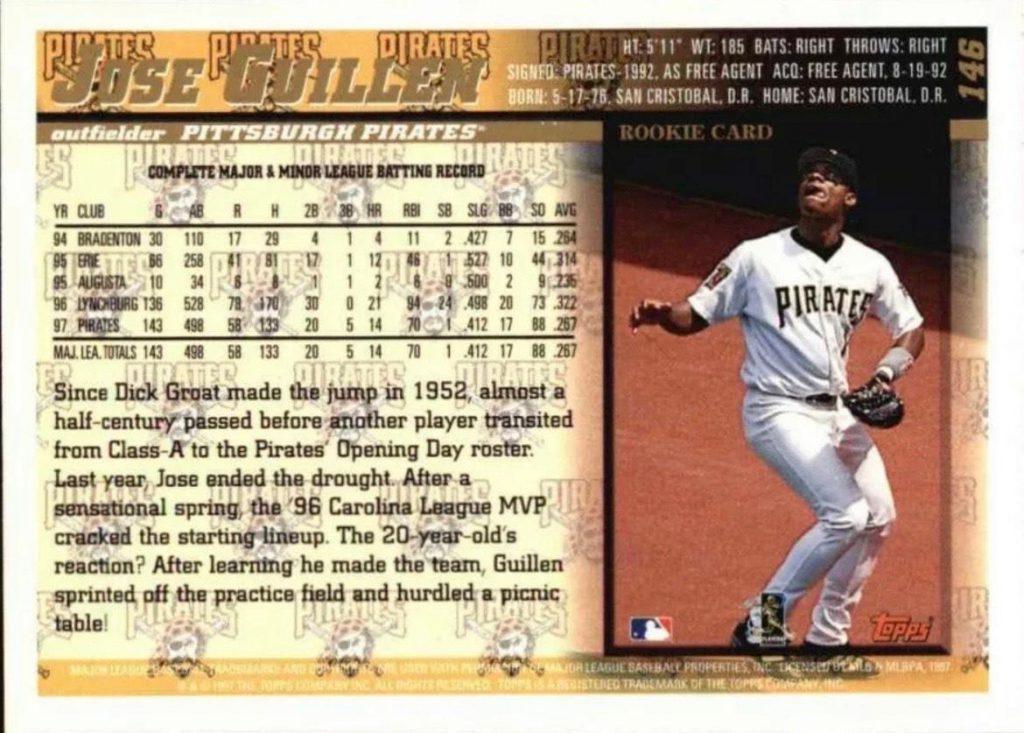 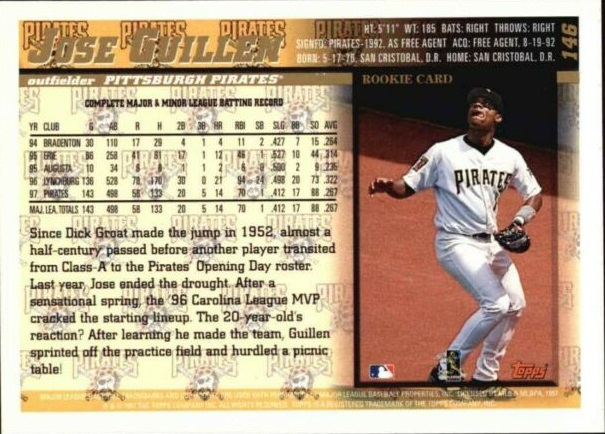 The first thing that jumps out here is the bio. It provides a super fun fact about Guillen. The guy made the ‘97 Opening Day roster without playing Double-A or Triple-A ball. After tearing up the Carolina League, Guillen made the jump straight to the Majors. Can you imagine that happening with someone on today’s Pirates? The story about hurdling a picnic table is also an awesome added anecdote.

While the back of the card says, “Rookie Card,” that isn’t exactly the case here. That designation is officially attributed to Guillen’s 1996 Bowman and Bowman’s Best cards.

Again, going back to the bio on the card, was he rushed? Could he have had more success with Pittsburgh if he was given more time to develop? I guess we’ll never know.

Because Guillen became more of a role player throughout his career, this card can be had for under $1 most places you look, and is quite a neat piece for any Pirates collection.

That arm, though. Jeez.