Today’s Card of the Day is the rookie card of Hall of Fame second baseman Bill Mazeroski. He debuted in the majors in 1956 at 20 years old, four years before he became a household name in the United States, not just for Pittsburgh Pirates fans.

Here’s the front of his rookie card: 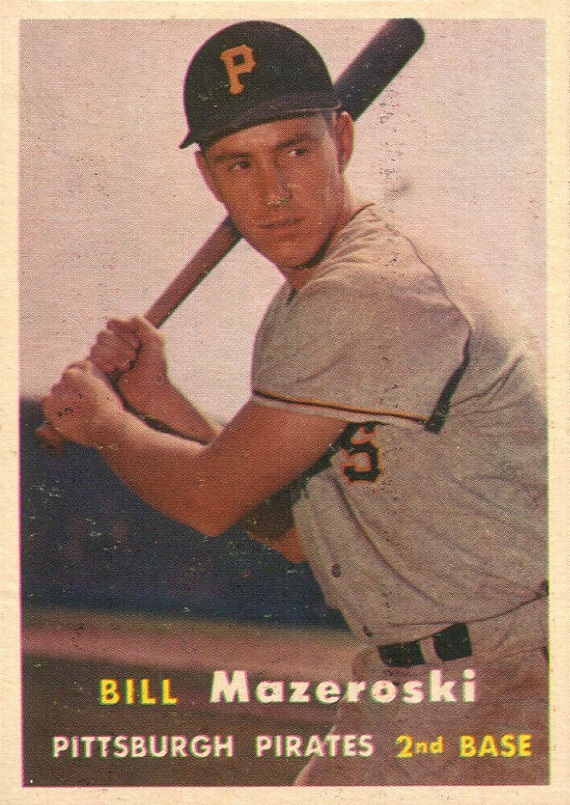 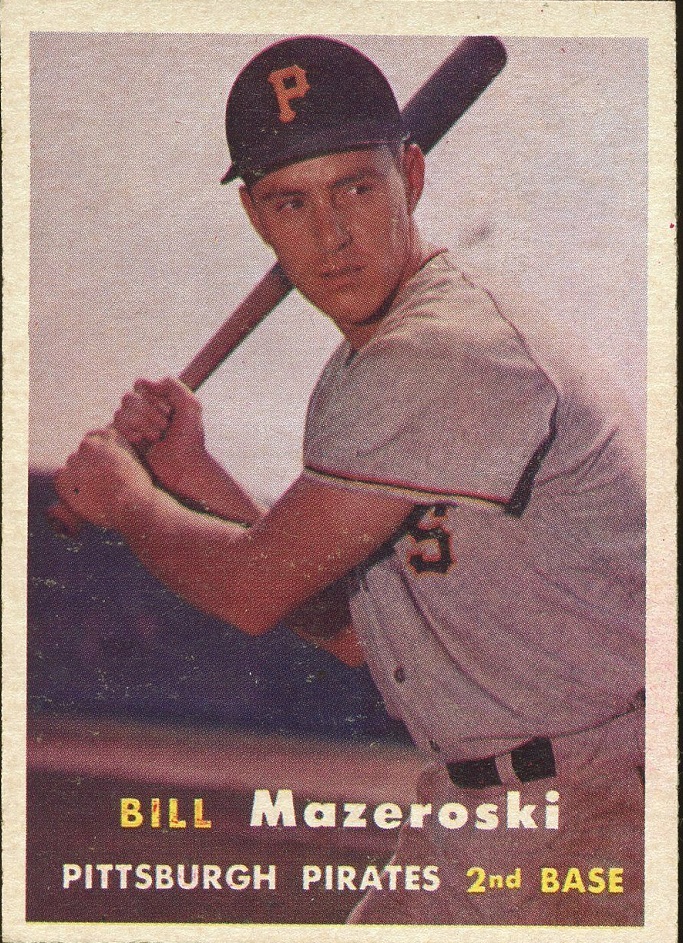 Topps released their cards well before the season started and Mazeroski was one of the first cards in the set, #24 on the checklist. This particular year had a few firsts for Topps. Previous sets showed artist depictions of players, rather than using actual photos. If Mazeroski debuted a year earlier, his image on his rookie card would look much different. Topps also made the size of the card slightly smaller at 2 1/2 x 3 1/2, instead of 2 5/8 x 3 3/4. 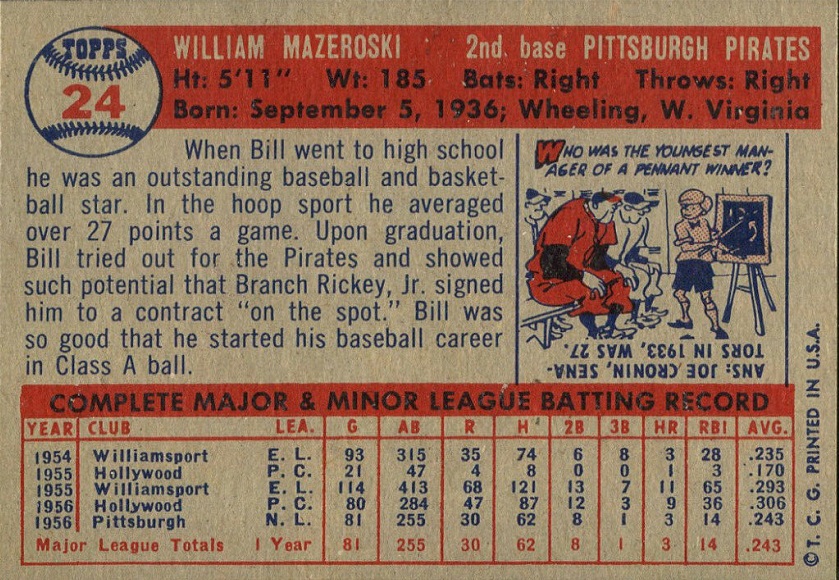 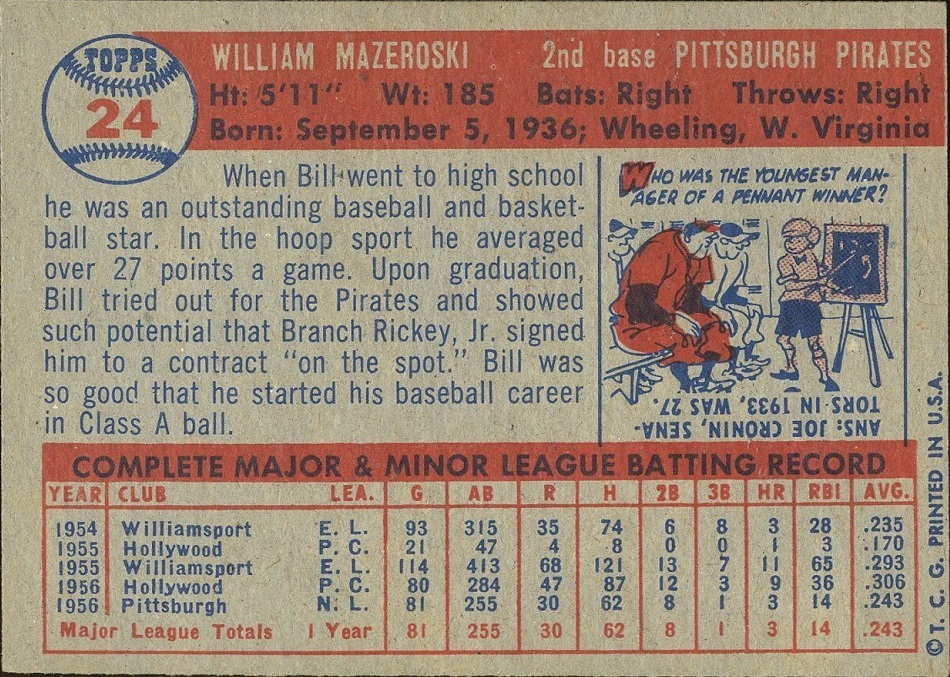 What I like most about this card is the career minor league stats on the back. That is the entirety of his minor league career. What’s even better though is if you look up Mazeroski’s stats on Baseball-Reference, there are so key stats missing from the 1955 season with Williamsport. This card doesn’t help fill in all of them, but the runs and RBI totals are missing on Baseball-Reference.

The back also includes a nice bio to introduce people to Mazeroski, who made his big league debut in July of 1956. He played road games in each of the seventh other NL cities already, but he was still a relatively unknown at this point because of his light hitting and short big league career. Mazeroski usually batted seventh or eighth in the lineup, but during a stretch in late August, he hit ninth behind the pitcher. He also didn’t become a Gold Glove winner until two years later, so the bio on his card gave a lot of people new information on the young second baseman.

Mazeroski batted .243 with three homers over 81 games during his rookie season. He was still two months short of his 20th birthday when he debuted in the majors. Mazeroski went 1-for-3 in that first game before leaving for pinch-hitter Dale Long in the top of the ninth. That kept Maz from facing Hall of Famer Hoyt Wilhelm, who was out to try to close the win for the New York Giants. I don’t know when Topps took Mazeroski’s picture for his card, but they often got photos of players when they were in New York over the years. The Pirates also visited New York in August and by then Mazeroski was a regular in the lineup.

The Mazeroski rookie card can still be bought rather cheap on the market if you’re not picky about the condition. Top condition ones graded by a professional grading company will go for four-figure prices, but low grade ungraded copies, that still look presentable, can be had for less than $20 on eBay.