This is part two of our three articles this morning celebrating #21 on the 21st of the month. Today we take a look at the best season by Roberto Clemente.

Clemente won the National League Most Valuable Player award during the 1966 season. However, according to WAR, his best season was the following year when he finished third in the MVP voting to Orlando Cepeda (the MVP) and Tim McCarver. Ron Santo actually had the highest WAR that year by a decent margin (9.8 vs 8.9 for Clemente), but we’re not here to debate a third place finish for the MVP award. We are celebrating the best offensive season during the career of the Great One.

Clemente set career highs with 105 runs scored, 29 homers and 119 RBIs during the 1966 season. He was elected to the All-Star team for the seventh straight season and he won his sixth Gold Glove award. That’s a hard season to top, but he was able to do it the next season. What makes his 1967 accomplish all the more impressive is the fact that baseball was seeing a decline in offense. The NL as a group saw the average OPS drop from .697 in 1966, to .673 in 1967. As league numbers were going down, Clemente saw a reverse trend. 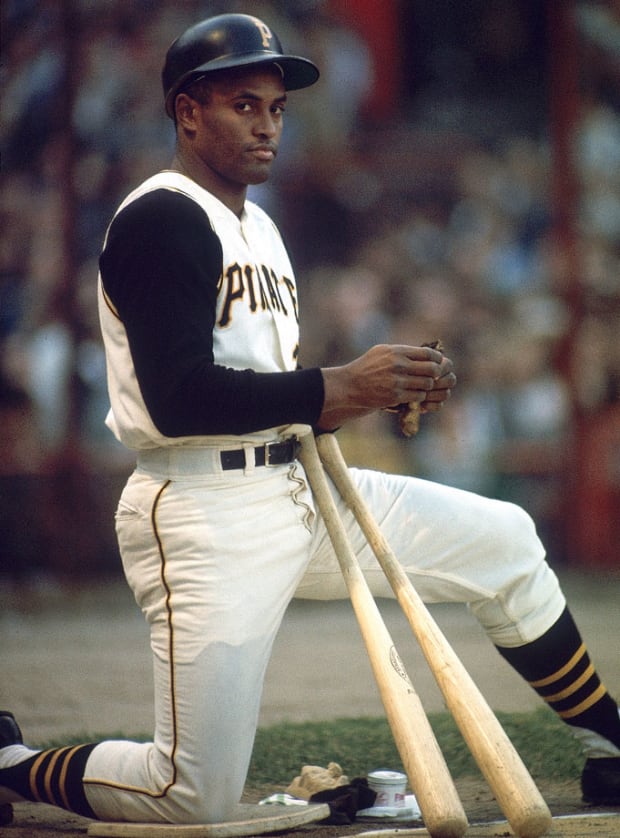 Clemente started off April in 1967 with average numbers, batting .333 for the month, with an .813 OPS. It was May when he really made his mark that season. He reached base safely in all but two games that month, and he had hits in 24 of 27 games. On May 15th, he had a career day, going 4-for-5 with three homers and a career best seven RBIs. He hit a total of nine homers in May and drove in 29 runs. His OPS for the month was 1.186 in 124 plate appearances.

The month of June was his worst month, though he still put up a .306 average. With a lack of walks or much power, his OPS was .740 in 29 games. His best day saw him homer twice and drive in four runs against Don Drysdale in a 4-1 win over the Dodgers on June 4th. This month wasn’t bad considering it was the worst, but the next three months were all very strong showings.

His final season total shows a .357/.400/.554 slash line in 147 games, with a league leading 209 hits. He scored 103 runs, hit 26 doubles, ten triples and 23 homers, and he had 110 RBIs. He also won his fourth and final batting crown that season. He made the All-Star game again and won another Gold Glove award. Clemente led all NL outfielders in assists (17) for the fifth time in his career.

He was remarkably consistent through the final 87 games of the year. Clemente was batting .357 on June 23rd and hit .357 the rest of the way. His average never got above .358 during that stretch and his lowest post-game average after April 30th was .343, which he reached three times.

Clemente’s 1967 season ranks as the tenth best in team history according to WAR. His .357 average ranks 13th all-time, but it’s the best season in team history since Paul Waner hit .373 in 1936. The 209 hits has him tied for the 18th most for the Pirates, and only Dave Parker’s 1977 season has produced a higher hit total for the Pirates in the last 52 years. Clemente is also tied for 17th in total bases (324).

John Dreker
Today we have a special guest article from long time Pittsburgh Pirates fan Tom Robinson. He shows off his 1958…

John Dreker
Today’s Card of the Day features the Great One on the 48th anniversary of his tragic passing. Instead of dwelling…