The One Who Got Away: Red Faber

This is our fourth article in a new history series called The One Who Got Away. It’s a look at the players in the past who the Pittsburgh Pirates gave up on too soon. It’s a history feature, so we will be dealing with players pre-2000, who saw very little time with the team before the Pirates sent them on their way.

In the first article, we looked at the Major League debut of Hall of Fame pitcher Dazzy Vance, who got one appearance with the Pirates in 1915 before the sent him to a minor league team, never to return to Pittsburgh. That was followed by outfielder Gene Woodling, who was traded away at 25 years old, a year before he broke out and became a star player for five straight World Series winning teams. He played just 22 games with the Pirates. The third article was Larry Andersen, who pitched well in the minors before the Pirates traded him away in a deal that turned out bad. Today we look at a combo of Andersen and Vance, with a Hall of Fame pitcher who never got a chance with the Pirates.

Red Faber pitched his entire 20-year big league career with the Chicago White Sox. He won 254 games, pitched over 4,000 innings and won two ERA titles. He had four 20-win seasons and twice led the league in complete games. If he accomplished those things with the Pirates, he would be known as the greatest pitcher in team history. His major accomplishment with the Pirates was making the 1911 Opening Day roster. His second biggest accomplishment would be signing with the Pirates, followed closely by getting into Spring Training games. Then finally, sitting on the bench. Manager Fred Clarke didn’t give him one shot to face big league hitters before sending him to the minors.

The Pirates signed Faber in August of 1910 after he threw a perfect game in the minors. From August 20, 1910 until May 25, 1911, he was mentioned during 57 different days in the Pittsburgh Press. Faber was a popular subject, who was talked up by the local press as a legit prospect for the future of the Pirates. He was known mostly by his first name “Urban” and the popular nickname “Red” wasn’t used quite as often. During the 1910 season, he went 18-19, 2.37 in 334 innings for the Dubuque Dubs of the 3-I League. It was his second season in pro ball, both spent with the Dubs.

The first mention of Faber with the Pirates was on August 20, 1910 when it was announced that he signed right after his perfect game. He was said to be remaining with Dubuque until the end of their season, then reporting to the Pirates. Faber was one of 11 minor league players signed by the Pirates at that time, a group that also included Hall of Fame outfielder Max Carey.

On January 16, 1911, it was announced that the 22-year-old Faber signed a 1911 contract with the Pirates. He never joined the Pirates in 1910, as they signed a large group of players, adding even more after the initial 11 signings. Only a few of those players spent the end of the season with the Pirates. Faber was among the first group of players reporting to Spring Training for the Pirates on March 7, 1911. It was a group made up of mostly pitchers and catchers. On March 11th it was first noted that he had some good velocity on his fastball.

On March 12th, the Pittsburgh Press printed the first photo of Faber while with the Pirates. Unfortunately he isn’t in uniform, and it looks like they had some photo quality issues as well. He would make a team photo later in the spring (see below). 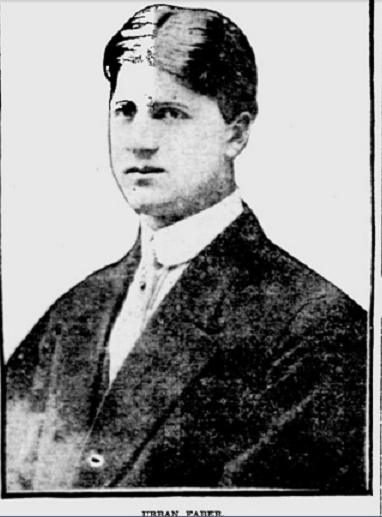 Faber got more praise for his velocity on March 17th after a practice game in which he pitched three innings. It was said that he looked like he was giving a lot of effort to throw hard and he couldn’t do that for nine innings. Four days later in a game against the Pirates regulars, he once again got praise for his speed and “fast breaking ball”. However, days later he got on the bad side of Manager Fred Clarke by complaining to teammates that his arm was sore during a game he was pitching, instead of coming to Clarke with the problem.

On March 22nd, quotes from the Pirates said that the two best young pitchers in camp were Sherrod Smith and Harry Gardner. Smith went on to have a fine 14-year career, but Gardner lasted just 14 big league games. Neither came close to what Faber would do in the majors. He would get his praise soon enough.

On March 23rd, the Pittsburgh Press posted a team photo, with Faber standing next to Max Carey (see below). They also did a feature on him that started with “Don’t overlook Faber”, a quote from Fred Clarke. It was said that Faber would likely make the team out of Spring Training, or as catcher Mike Simon so eloquently put it, his chances were “Faberable” (don’t blame me for that). It was once again noted that Faber had great velocity, but he also displayed good control and did well in two turns against the regulars on the Pirates. 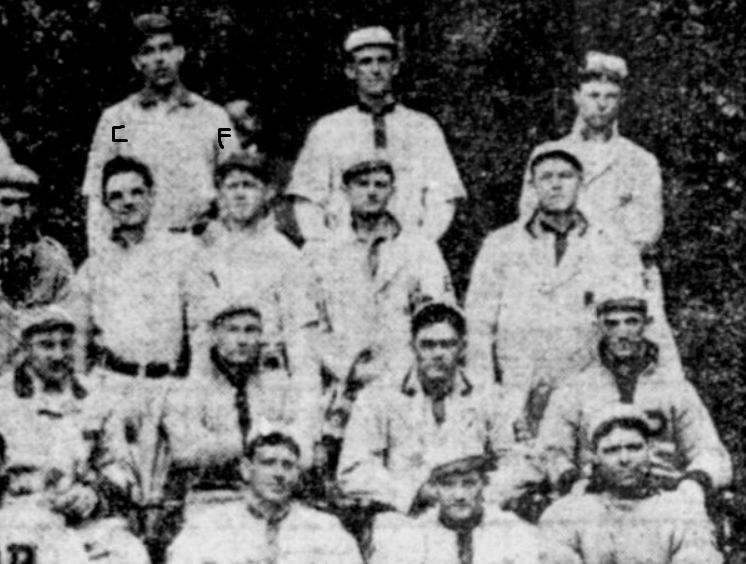 Faber nearly cost the Pirates one of their better players on March 30th when he beaned starting third baseman Bobby Byrne, who led the NL in hits and doubles in 1910. The ball hit Byrne’s shoulder first, but this was long before helmets, so he still took quite a blow to the head, despite the deflection.

Despite getting hit hard by the Pirates regulars on April 2nd, Faber got some high praise from the Major League pitchers in camp. According to the Pittsburgh Press, the Pirates pitchers predicted great things from Faber, and in the opinion of the paper, the only way he doesn’t make it is if manager Clarke doesn’t give him a chance because of his youth.

On April 4th, he threw five scoreless innings against the Chattanooga Lookouts, a minor league team in the Southern Association. His poise on the mound and his curve ball got extended praise, to go along with his speed and control. This was despite the fact that he had been battling a cold for the last ten days.

The season opened on April 12th, but there still wasn’t word on whether Faber would stick. The Pirates seemed to be keeping a lot of young pitchers, though most of them went to Pittsburgh, while the Pirates traveled to Cincinnati for the opener. Faber was one of four young pitchers with the Pirates when they went to Chicago days later, coming along as emergency pitchers only.

With the season in full-swing, Faber fell into the background. He went from being mentioned regularly, to going three weeks between reminders that he was still with the team. He was briefly mentioned on May 5th as being around still, but not used yet. Exactly two weeks later, he was mentioned as one of two players being used to try to hit the ball over the fence at the bigger Forbes Field with a fungo bat. The Pirates were clearly getting good use out of the future Hall of Famer.

On May 20th it was announced that Faber was sent to Minneapolis, a top minor league at the time. He was put right on the mound and won his first game the first day he was there. The Pittsburgh Press called him “the former Pirates hurler”. Five days later the same paper noted that Faber was sold to Minneapolis and that he struggled in his second start. That was the end of his mentions in the paper for quite some time.

The Pirates didn’t know what they gave up then, but we know now that they gave up a star pitcher, just as their own pitchers had predicted. That makes Urban “Red” Faber, the one who got away. 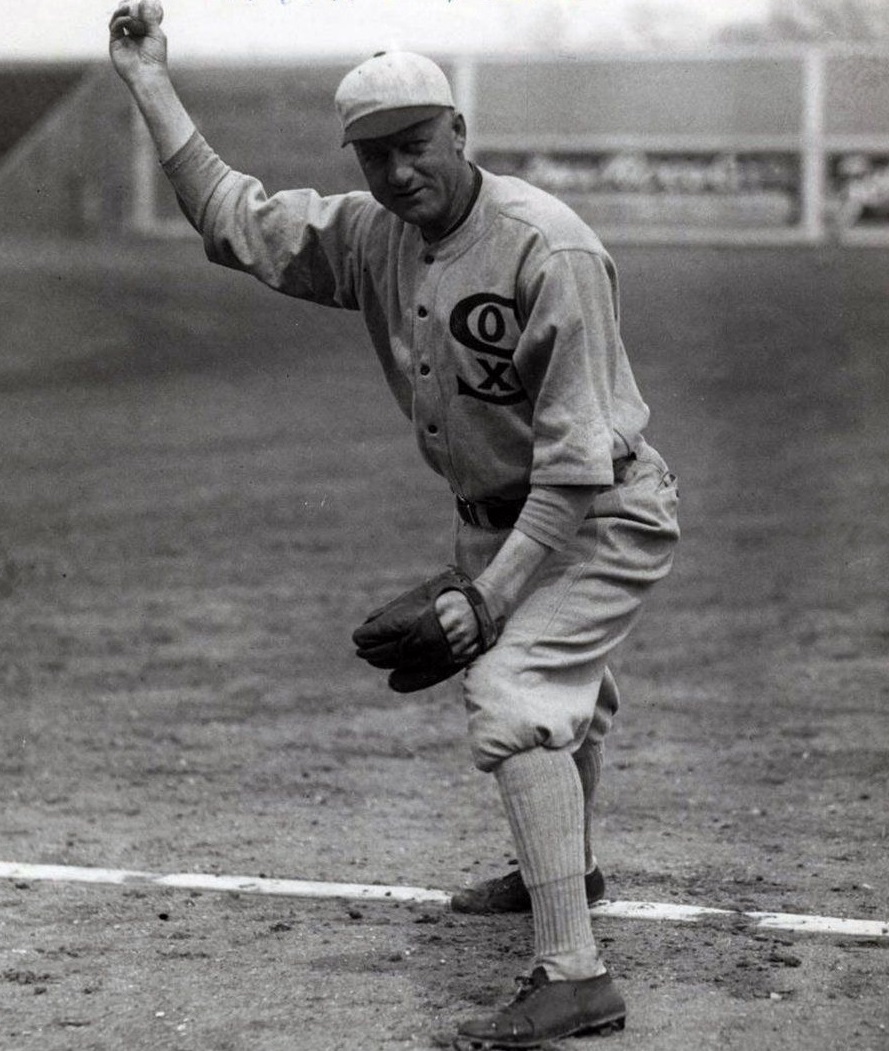