During the 1920’s, there were some great looking baseball cards produced. There was also a group of cards now categorized as strip cards, which could be downright ugly. In today’s market, they provide an affordable alternative to expensive cards for star players, such as Babe Ruth and Ty Cobb. One of those strip cards was produced in 1920 and it featured Pittsburgh Pirates pitcher Wilbur Cooper, who is the franchise’s all-time leader in wins.

Here’s the front of the card… 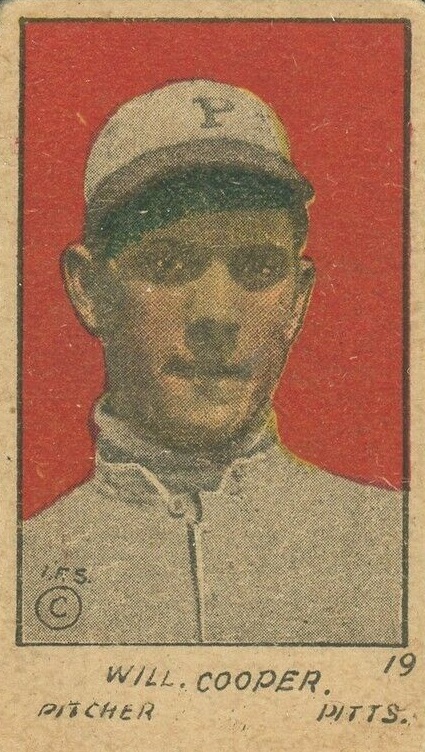 This is also the same card… 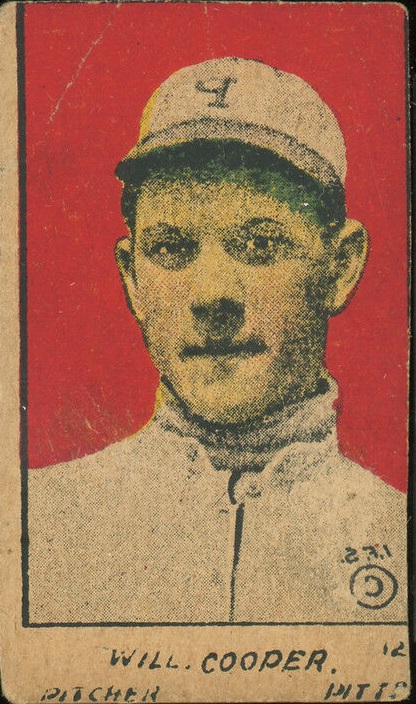 Here they are side-by-side 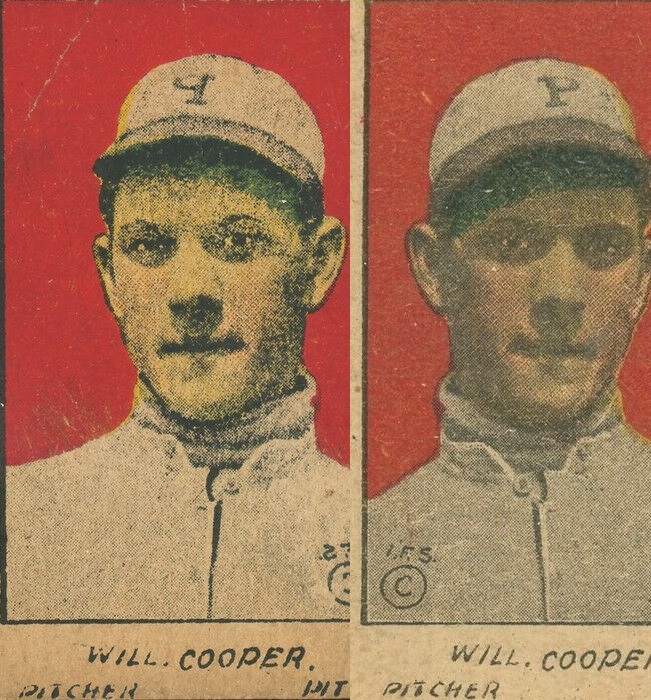 As you can see, someone reversed the picture during production and the card on the left up top was flipped backwards. His head leans the other way, the “P” on his hat is backwards and the “IFS C” symbol at the bottom is reversed. That tells you that the printing at the bottom was likely put on the card at a different time than the player photo, since there is no issue with the caption.

Cooper is called “Will” on the card, which you would assume would be short for William, but his name was Wilbur, so I’m not exactly sure why they have “Will.” other than it was just a mistake. His first name is actually “Arley”, but he went by Wilbur.

As I have mentioned, these cards were low quality and mass produced. The reverse one is a mistake, but they printed a lot of them, so there’s no real added value. You’ll notice that the photo color quality is vastly different on the two cards as well. That’s common for this series. You can have the same card with a rainbow of different looks.

Strip cards got their name because they literally came in strips, so a kid collecting them wasn’t just getting a Wilbur Cooper card, he was also getting other players in the same strip. A large majority of those strips were cut back then, and with most of them being done by kids, the quality of the cuts were very poor. Many of the cards had dotted lines for a cutting guide, but that rarely worked out well. I personally have a few strip cards I bought cheap, where the cut went into the corner of the picture, and others that have huge borders around the card.

Cooper at the time was in his ninth season in 1920. He had back-to-back 19 win season in 1918-19, two years that were shortened slightly due to the war. He would break the 20-win barrier for the first time in 1920, while setting a career high with 24 wins and 327 innings pitched (he pitched exactly 327 innings in 1921 as well). Those stats likely made him a popular player to collect during that era.

Cooper is a player of interest now because he holds the Pirates all-time record with 202 wins. After his 24 wins in 1920, he was sixth all-time on the Pirates list, trailing leader Sam Leever by 74 wins. He was also behind Deacon Phillippe (168) and teammate Babe Adams (148) by a wide margin. However, he moved up that win list quickly in 1921, passing a pair of teammates from the 1800’s. James “Pud” Galvin had 126 wins, three behind Ed “Cannonball” Morris.