The Pittsburgh Pirates acquired outfielder Jim Russell during the minor league draft in 1941, and they traded him for a key piece to two of their World Series championships in 1947. In between he was an everyday starter for five seasons and put together a nice resume on offense, with some defensive highlights as well. Despite his time with the team, he’s a virtual unknown to Pirates fans today. 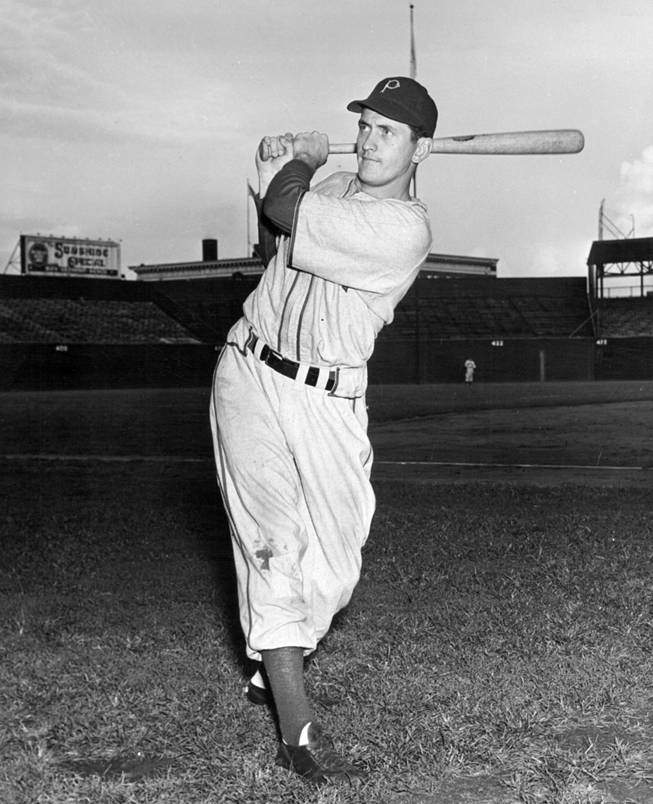 We have a series here that we just started, called “The One Who Got Away”. If someone wrote about the St Louis Browns, Russell could be featured there. He was with the Browns in the minor leagues for three seasons without getting a big league shot. The Pirates picked him up from Memphis of the Southern Association in October of 1941 during the minor league draft, shortly after he was let go by St Louis.

Russell spent 1942 with Toronto of the American Association, where he hit .295/.402/.388 in 99 games. He joined the Pirates in September and went 1-for-15 with a walk and two runs scored in five games. Not the best debut obviously, but it gave him a taste of the big leagues and he had a job during the 1943 season when baseball was seeing a wave of player losses to military service due to WWII.

In 1943, Russell was the starting left fielder. He saw some brief time in center field, right field and even a few starts at first base, but he was out there in left field for 133 games. He batted .259/.354/.348 in 146 games, with 19 doubles, 11 triples, four homers and 79 runs scored. He stole 12 bases, but he was also caught stealing 11 times, which led the league. It would be the first of three times he led the NL in caught stealing. He led all NL left fielders with 15 assists.

After three seasons as the regular left fielder, Russell split his time in 1946 almost evenly between center field (68 games) and left field (67 games). The move to more center field time happened because of a rookie named Ralph Kiner, who was better suited for left field. Russell batted .277/.362/.403 in 146 games, with 43 extra-base hits and 68 runs scored.

After the 1947 season, the Pirates traded Russell in a five-player deal to the Boston Braves for outfielder Johnny Hopp and infielder Danny Murtaugh. The trade wasn’t so much a win on the field as it was in the dugout. Murtaugh played four seasons for the Pirates, then began managing in their minor league system. He took over the Pirates managerial position in 1957 and led the club to World Series titles in 1960 and 1971.

In six seasons with the Pirates, Russell hit .277/.367/.407 in 723 games. He played two years in Boston after the trade and another two years in Brooklyn to finish his big league career. He spent most of the 1951 season in the minors for the Dodgers, then played two more years of minor league ball before retiring.