After being drafted 11th overall in the 2005 MLB draft by the Pittsburgh Pirates, 18-year-old Andrew McCutchen soon found himself on a Bowman baseball card as part of their Heritage set. He was also pictured in other sets that year, and they’re all considered his rookie card, even though he didn’t make his big league debut until four years later. 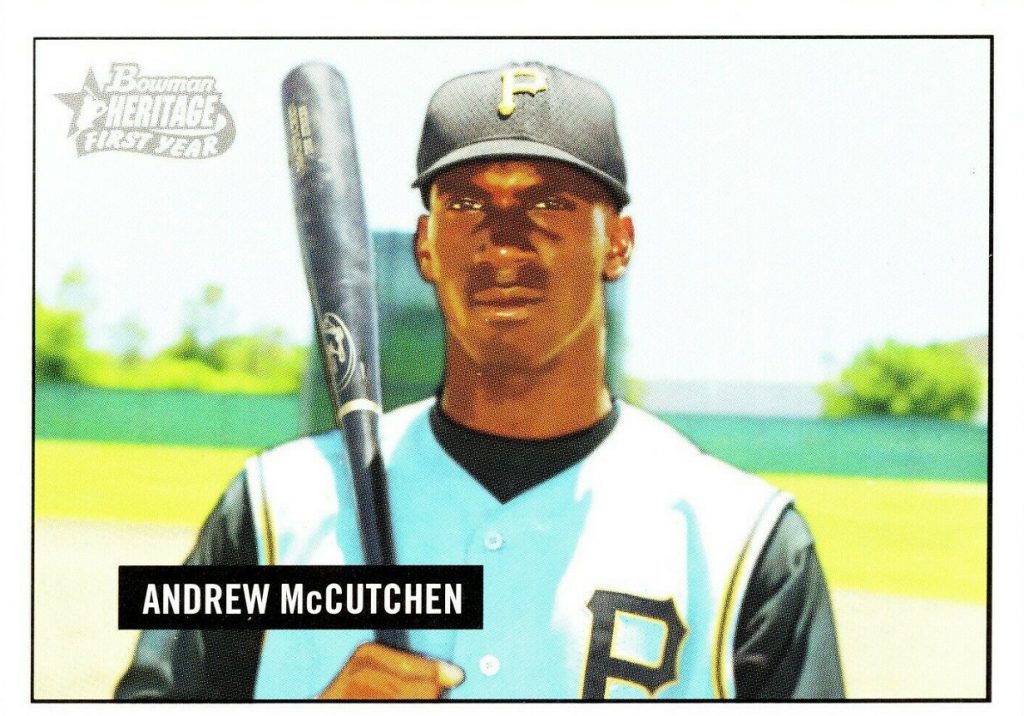 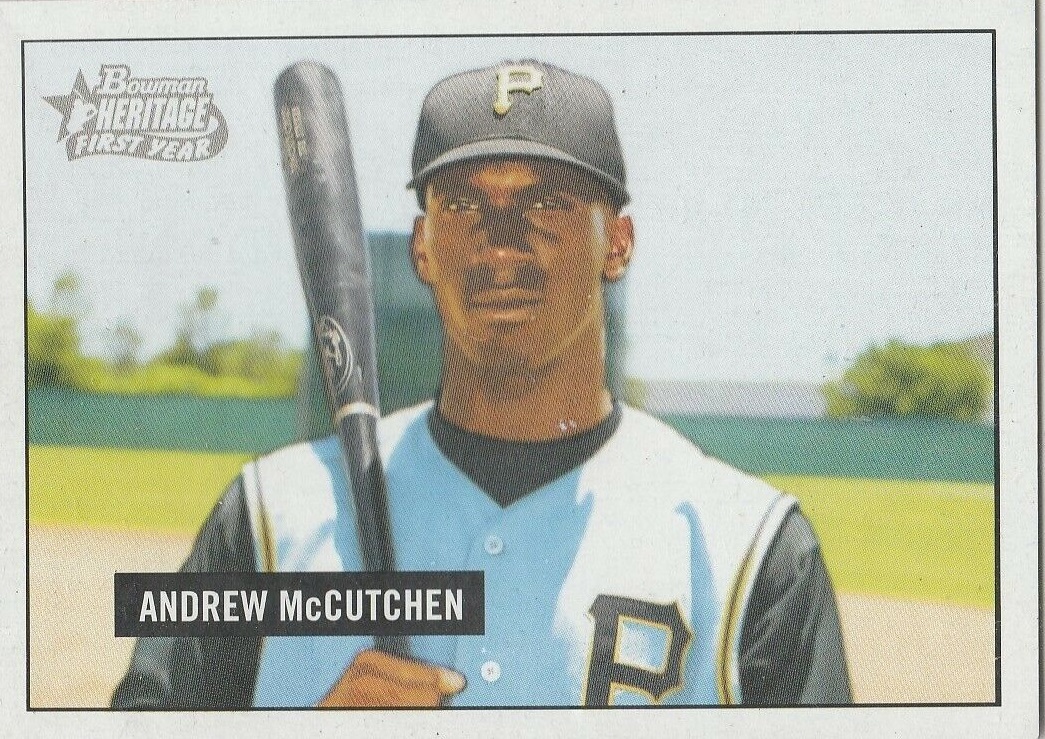 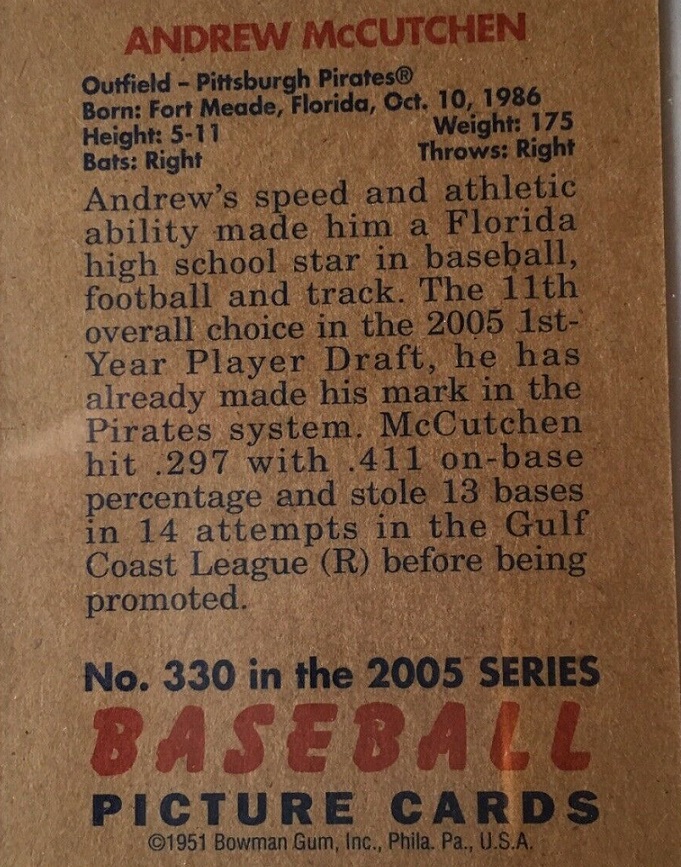 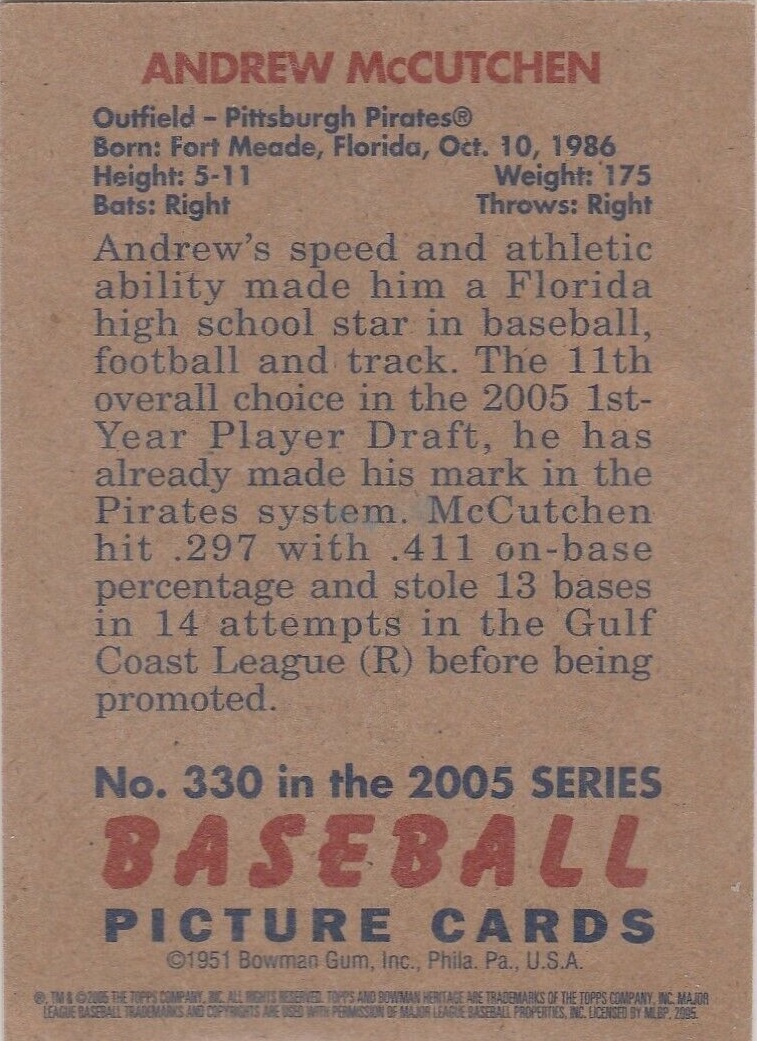 As you can see, they used a 1951 Bowman design for the card set (notice the print date at the bottom). You can also tell that the set was put out after early August, because McCutchen was promoted in mid-August to Williamsport, where he played 13 games to end the season. There is no mention of that second team on the back, so the final design of the card was likely set by August 15th. You’ll notice that his weight is 175 pounds. That’s 20 pounds lighter than his current playing weight.

I’ll also note that McCutchen has two other cards in the set. There’s another base card. I don’t like the pose as much, which is why I didn’t feature it. This one was the short-printed variation, though it’s considered to be the “regular” base card, while our featured card is the base variation. Both cards are #330 for some odd reason. The set contains 350 cards. 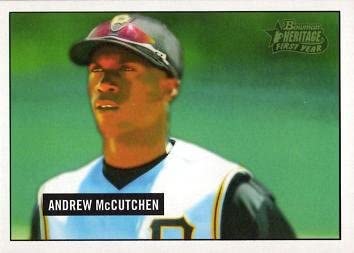 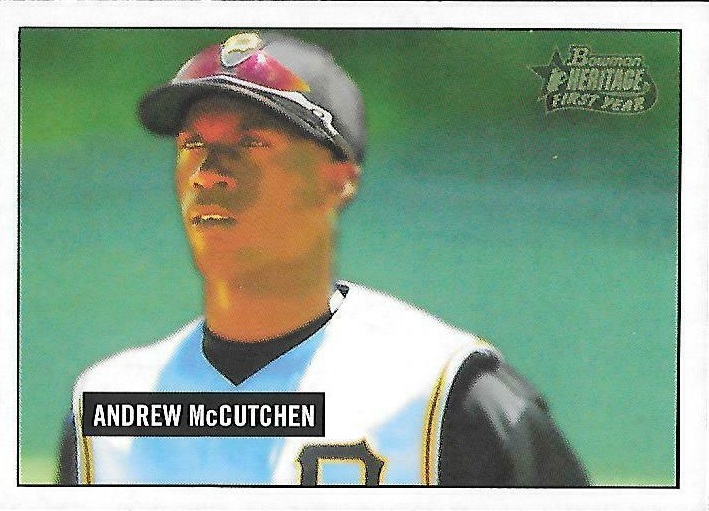 There’s also an autographed card from the “Signs of Greatness” series. This is a much tougher card to find than the other two versions and therefore it commands a higher price. 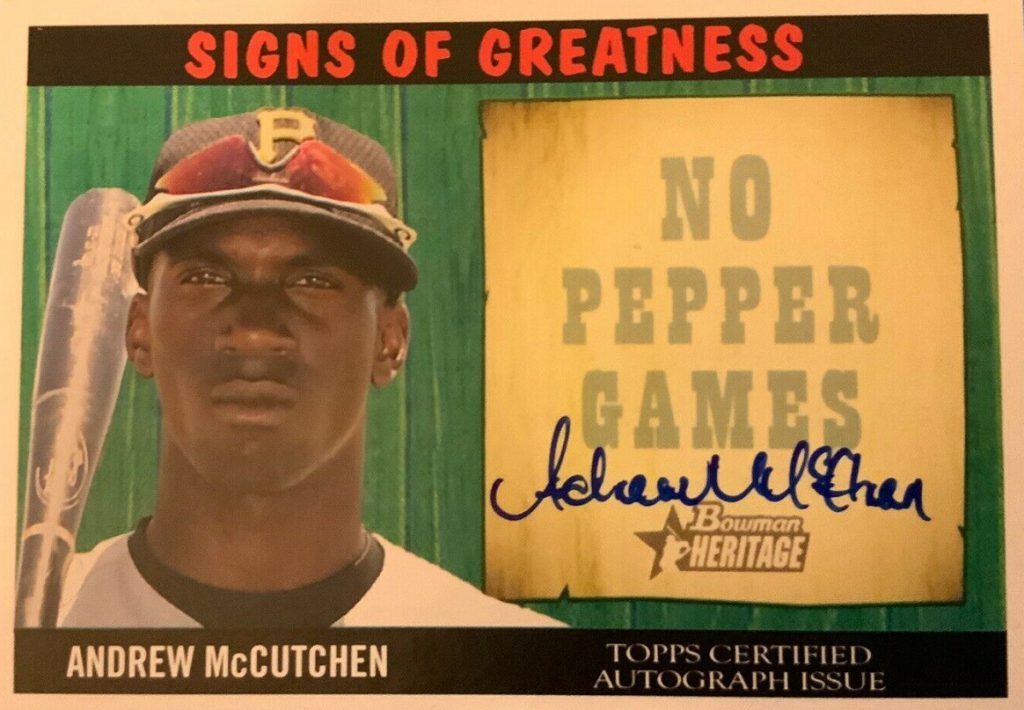 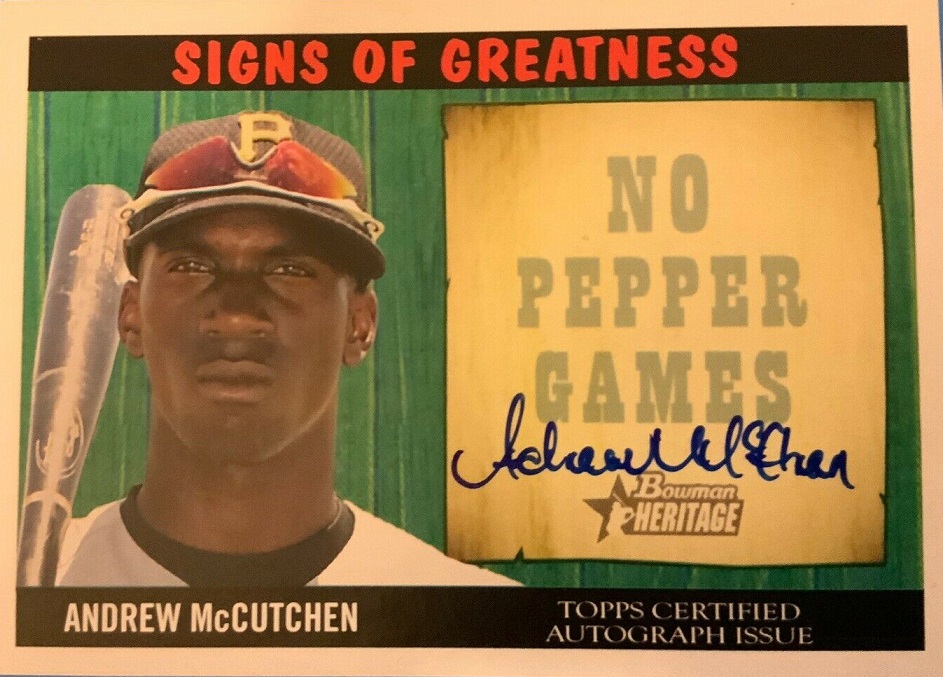 There are also other variations of the regular base card in the set. Each card has a mini card, which is exactly what it sounds like. A slightly smaller version of the same card. There is also a mahogany version, which looks like it’s an aged version of the card.

The are two very tough variations as well. There is a red McCutchen card out there, where the white border is red, and Bowman only printed one copy. You can also find a a printing plate card, which is a version of the card without the color process added. These two variations are impossible to price because whoever owns sets the price.

6 May 2020
Card of the Day
Andrew McCutchen, Featured