The One Who Got Away: Gene Woodling

To coincide with the 105th anniversary of his Major League debut on April 15th, we posted our first The One Who Got Away article on Hall of Fame pitcher Dazzy Vance. On Monday we posted an article on the trade history between the Pittsburgh Pirates and Cleveland Indians. In it I mentioned that the Pirates acquired outfielder Gene Woodling from the Indians for All-Star catcher Al Lopez.

I wanted to expand on Woodling’s time with the Pirates to see who they were getting at the time and why he’s a virtual unknown in team history. He’s obviously not on the level of Dazzy Vance, but Woodling definitely fits the bill of one who got away. 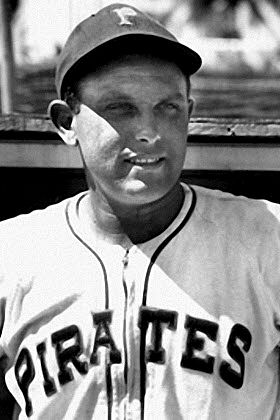 The Lopez-Woodling trade occurred on December 7, 1946. Lopez was a veteran by then, while the 24-year-old Woodling had played 69 big league games and served two full seasons (1944-45) in the military during WWII. Lopez lasted just 61 games with the Indians before his big league career was over. He was a great catcher, but made his true mark as a manager, getting elected to the Hall of Fame in 1977. So the Pirates weren’t giving up a lot in the deal.

In 1947, the Pirates had Ralph Kiner in his second season playing left field. They had rookie Wally Westlake in right field. Jim Russell was the center fielder. Kiner obviously became a star, while Westlake became an All-Star. Russell has some strong seasons throughout the war years. That’s the outfield that the young Woodling had to compete with during his time in Pittsburgh.

The Pirates had Woodling with the team in early April, but he only played two games (both off of the bench) before he was sent to Newark of the International League. In 128 games, he batted .289/.398/.413, with 84 walks and 81 runs scored. He was brought back to Pittsburgh in September and handed the starting center field job. Woodling batted .266/.326/.342 in 22 games with the Pirates.

Just two days after his final game with the Pirates, Woodling was included as part of a four-player/cash trade to acquire pitcher Bob Chesnes from the San Francisco Seals of the Pacific Coast League. Woodling spent the entire 1948 season with the Seals and batted .385/.483/.603 in 146 games. Exactly one year after the Pirates traded him, the New York Yankees purchased him from the Seals.

The Yankees traded Woodling before the 1955 season to the Baltimore Orioles, who would in turn trade him mid-season to the Cleveland Indians in a deal for the aforementioned Wally Westlake. After the trade, he would still have three seasons in which he received MVP votes, and he made his lone All-Star appearance during the 1959 season.

The Pirates gave up a 25-year-old outfielder with a -0.1 WAR in his first three partial seasons combined. After the deal, Woodling played another 14 seasons in the majors, compiling 33.3 WAR the rest of the way.

The Pirates could have used him during the early 50’s when they were in the basement and Woodling was picking up an entire handful of World Series rings. He would have even been useful later in his career if he stuck around. The Pirates didn’t need him in 1960 obviously, but the 37-year-old Woodling posted his second consecutve season with 3.1 WAR that year.

Perhaps if Bob Chesnes panned out, then the loss of Woodling would have been offset, but Chesnes was out of the majors just three years after the Pirates paid a heavy price to acquire him. Woodling had a productive 17-year career, with just 22 of those games in a Pirates uniform.