Former Pittsburgh Pirates pitcher Bob Johnson celebrated his 77th birthday on Saturday. I marked the occasion with posts on Twitter and our Facebook history account. While looking for pictures to go along with the tweet and post about him, his 1974 Topps card really caught my eye.

One of the first things I noticed about this card is just the fact that he’s on a 1974 Topps card with the Pirates. That right there tells you how long in advance these cards go in to production. Johnson was traded to the Cleveland Indians on December 7, 1973, a full four months before the 1974 season began. That was a season that the Pirates won the NL East after finishing a disappointing 80-82 in 1973. While looking for a picture of him, I wasn’t expecting a 1974 Topps card to show up.

Two other things immediately caught my eye on this card. All of the other pictures of Johnson I saw that day showed him without facial hair, so not only was I looking at a card I didn’t think existed, the picture wasn’t matching up with the others. I actually looked at the jersey number just to confirm it was actually him and not an error with the photo subject.

Truth be told, I’ve definitely seen this card before. I almost purchased a 1974 Topps Pirates team set about a year ago and was looking through a bunch of Ebay listings. I also have an old book that shows every Topps card up until 1985 and I’ve looked at every card picture numerous times. When you look at a card individually instead of as a larger group, it’s easier to notice details.

The third instant eye-catcher here tells you right away that the photo was taken during the 1973 season. The “21” patch on the sleeve prominently displayed on the right-handers left shoulder was a tribute to his fallen teammate, the great Roberto Clemente. The Pirates wore the memorial patch during the entire season. They officially retired his jersey number during the season opener at home on April 6th. 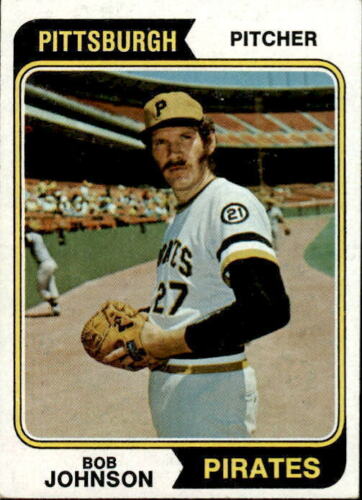 Here’s the back of the card, complete with some interesting facts and his big league stats: 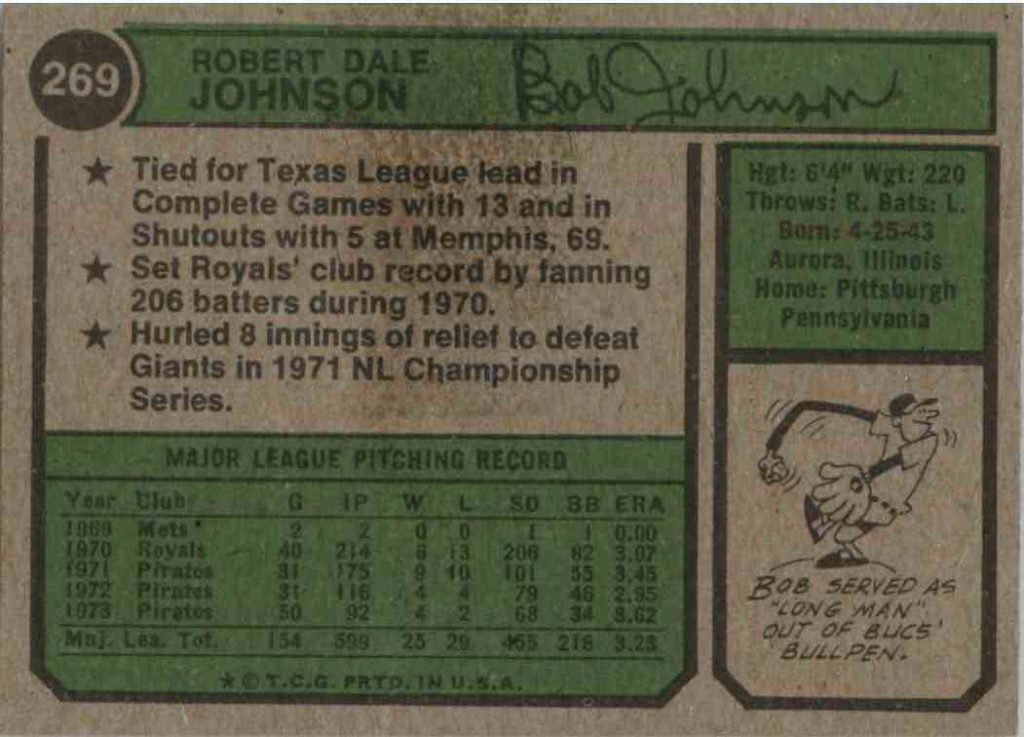 The back has an error in the third fact. Johnson didn’t pitch eight innings of relief. He started game three of the series and allowed one unearned run in a 2-1 victory over the great Juan Marichal. Also, the strikeout record fact sounds better without context. He set the record in 1970, which was just the second season in franchise history for the Kansas City Royals. His record was broken in 1977 by Dennis Leonard and it has only been topped three times in the 49 seasons since Johnson set the mark.

As a side note to Johnson being traded long before the 1974 season, Topps issued their first traded set in 1974 and Johnson was featured in that set. Here’s that card: 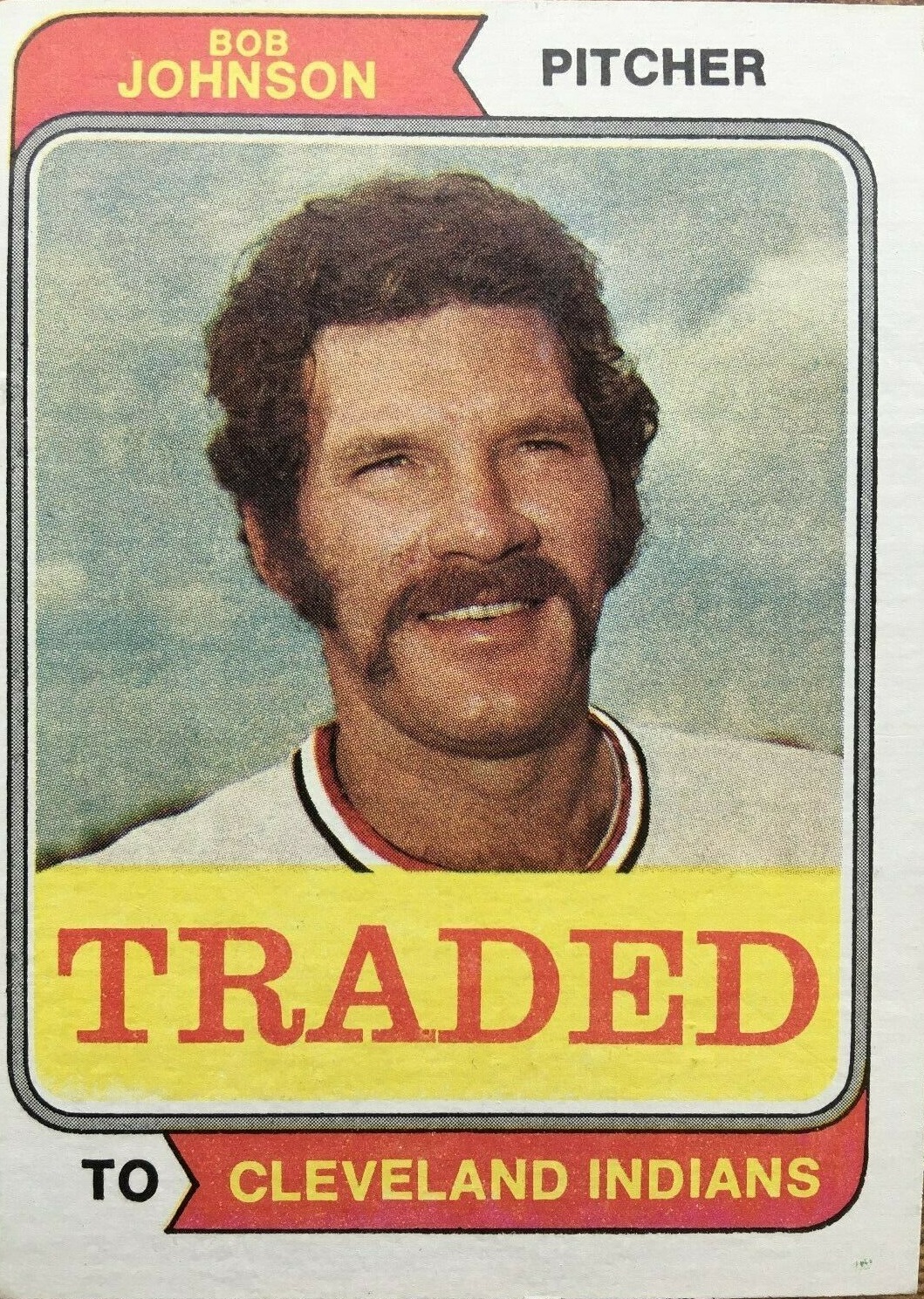