The first Pittsburgh Pirates Seasons article featured one of the best seasons in team history, Hall of Famer Kiki Cuyler’s 1925 season. In part two of this new series, we looked at a great season by Mike Easler that often gets overlooked. In part three, we focused in on one of the best rookie seasons in MLB history. Then we added our first pitching season and it was from a player who spent just one year with the Pirates. In our fifth edition, we went back to the 1970s for another pitching season of note. Today’s season comes from 1929 and it’s another player who had one big season with the club before moving on.

Earl Sheely played seven seasons for the Chicago White Sox to begin his big league career. He didn’t debut in the majors until age 28, but it wasn’t due to his minor league performance. Back in that era, players could make just as much in the minors as a star player, as they could being a mediocre Major League player. Some also preferred to play closer to home, especially the west coast players. Sheely was one of those players and he played his first ten years of pro ball in the west. 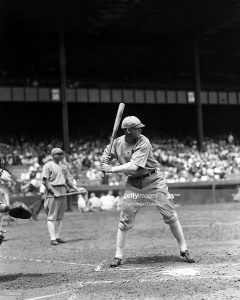 When Sheely finally made the majors, he was more than a mediocre player. He was a consistent .300 hitter, who drew his share of walks and averaged 94 RBIs per season over his first six years in the majors.

After the 1927 season, he returned to the west coast and batting .381 with 70 extra-base hits and 240 hits in the Pacific Coast League during the 1928 season. The Pittsburgh Pirates selected him in the Rule 5 draft that winter and brought him back to the majors after a one-year absence.

Sheely was the starting first baseman for the Pirates in 1929 and he batted .293 in 139 games, with 88 RBIs and an impressive 75:24 BB/SO ratio. He was part of a terrific hitting team that put up a .303 team average during the season. He ranked fifth on the club with those 88 RBIs and among players who spent just one season with the Pirates, no one has driven in more runs. Reggie Sanders came the closest with 87 RBIs during the 2003 season.

Despite the success, Sheely was back in the Pacific Coast League by 1930. The Pirates acquired a young first baseman named Gus Suhr, who would be a mainstay at first base for them for the next ten seasons. That move made Sheely expendable. It definitely wasn’t a question of his skills and he proved that in 1930 by batting .403 over 183 games in the longer PCL season.

Sheely is an interesting case because under today’s conditions, he would have never passed on playing in the majors. He batted .300 in 1,234 games in the majors and he collected over 2,300 hits in the minors. Add in his 1,340 big league hits and he compiled over 3,600 hits as a pro, with over 1,000 extra-base hits in that total. Sheely collected nearly 700 doubles between the majors and minors. When you look at those numbers as a group, you could imagine him being a likely Hall of Fame candidate if so many of his prime years weren’t spent on the west coast.

Sheely’s son Bud followed in his footsteps, playing three seasons in the majors with the Chicago White Sox during the 1950s.