The first Pittsburgh Pirates Seasons article featured one of the best seasons in team history, Hall of Famer Kiki Cuyler’s 1925 season. In part two of this new series, we looked at a great season by Mike Easler that often gets overlooked. In part three, we focused in on one of the best rookie seasons in MLB history. Then we added our first pitching season and it was from a player who spent just one year with the Pirates. We go back to the 1970s for another pitching season of note today.

The Pittsburgh Pirates won the NL East during the 1974 season with an 88-74 record. They lost 3-1 in the NLCS to the Los Angeles Dodgers, but it was still a strong season in the middle of two World Series titles during the decade. It might be a surprise to some to find out that the best player according to WAR for those 1974 Pirates was lefty pitcher Jim Rooker. 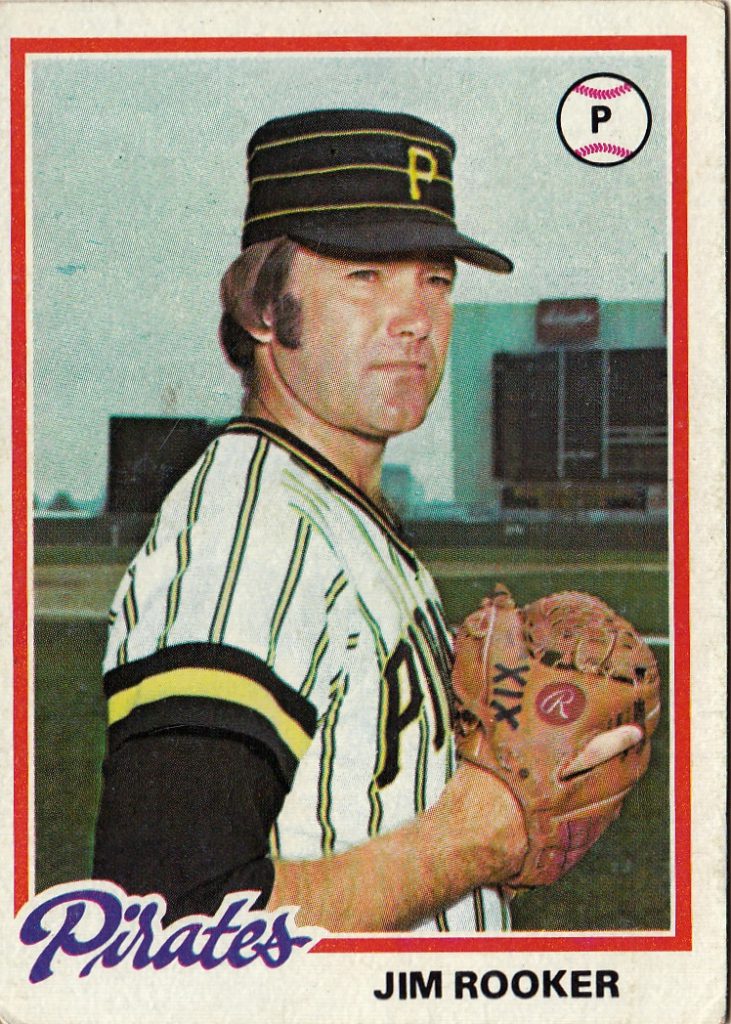 The Pirates acquired Rooker prior to the 1973 season and he went 10-6, 2.85 in 170.1 innings split between 18 starts and 23 relief appearances. He threw six complete games, three shutouts and even picked up five saves. That was a strong season, but his best one was right around the corner.

During the 1974 season, Rooker became a full-time starter. He set a career high with 33 starts that season and he completed 15 of those games. That led to him throwing 262.2 innings, 58 more than his second highest season total. Rooker posted a 15-11 record, with a 2.78 ERA and a 1.18 WHIP. He was eight in the NL in ERA, tenth in WHIP, fourth in complete games and ninth in innings pitched.  His 6.0 WAR was 0.6 better than Willie Stargell, who had the second best total on the team.

Rooker’s record doesn’t fully show how well he pitched. During his second start of the season, he lost an eight-inning performance in which he allowed one unearned run. His next start was a no-decision after one run in 6.2 innings. At the end of the year, he lost a game in which he gave up one earned run in 8.1 innings against the San Diego Padres. Rooker also got a no-decision for two runs over 11 innings on May 15th, one of two times he went 11 innings in a start that year.

It wasn’t all great over his 33 starts. He had six outings with 4+ runs allowed and the Pirates failed to pick him up in any of those games. He was saddled with the loss in all six contests.

Perhaps even more impressive than his pitching that year was his work at the plate. Rooker was a career .201 hitter in his 13 seasons. However, he batted .305 during the 1974 season, with a .737 OPS in 106 plate appearances. For good measure, he committed just one error in 60 chances in the field, well above his career .948 fielding percentage.

Rooker is better known for two other events in his career. His start in game five of the 1979 World Series with the Pirates down 3-1 is legendary. He also had the famous incident where he promised to walk home if the Pirates lost a big early lead in Philadelphia, which they did. Those were just one-day events though. His 1974 season was the best year of his solid big league career that produced 103 regular season wins, 82 of those wins coming while with the Pirates.