Today’s featured Pittsburgh Pirates Card of the Day comes from the 1982 Donruss set and features pitching coach Harvey Haddix, who was 23 years removed from one of the greatest pitching performances in Major League history.

Haddix is well known for one event, though his career in baseball as a player and coach amounted to so much more than one game. On May 26, 1959, he retired the first 36 batters he faced in Milwaukee against a lineup that included Hall of Famers Hank Aaron and Eddie Mathews. Unfortunately for Haddix, the Pirates could do nothing against Lew Burdette, who gets the award for the most overshadowed 13-inning shutout in baseball history. Haddix lost the perfect game, no-hitter and the game itself in the 13th inning. The only hit he allowed was the final batter of the game.

Donruss was rather new to the baseball card game when they decided to include Haddix in their 1982 set. They debuted in 1981 with a set that was filled with errors. Some were fixed, some were not. Those corrected error cards from the first year have made putting together a complete set (including errors) a bit more of a challenge. The errors didn’t deter people from buying packs in their sophomore series, which only had a handful of errors to correct, including a Phil Garner card, which I’ll feature here at some point. People opening packs in 1982 got a little more than just your standard players and managers.

Haddix was one of numerous coaches featured in the 1982 set. It was a list that included some fairly impressive players, including Yogi Berra, Vada Pinson, Felipe Alou, Johnny Podres, Tommy Davis and Harvey Kuenn. It also had Cal Ripken Sr, who made his mark on the game as a coach/scout and father of two pretty good players.

Here’s the front of the Haddix card: 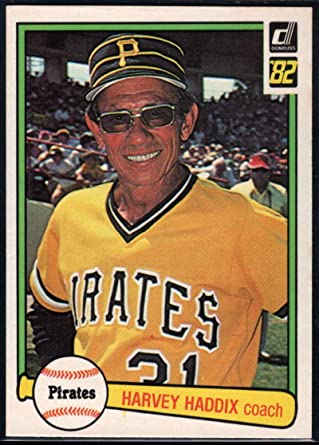 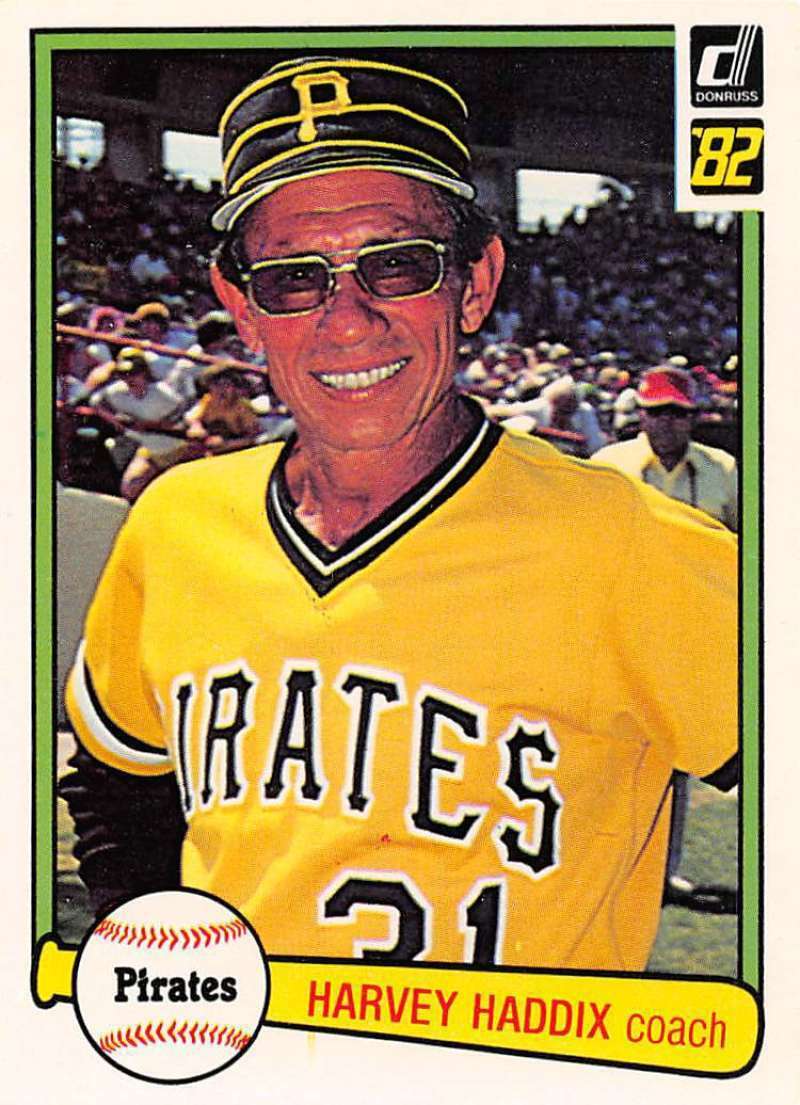 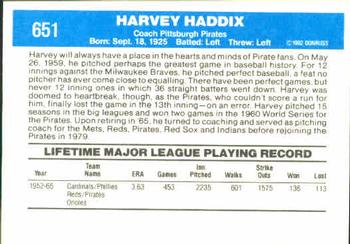 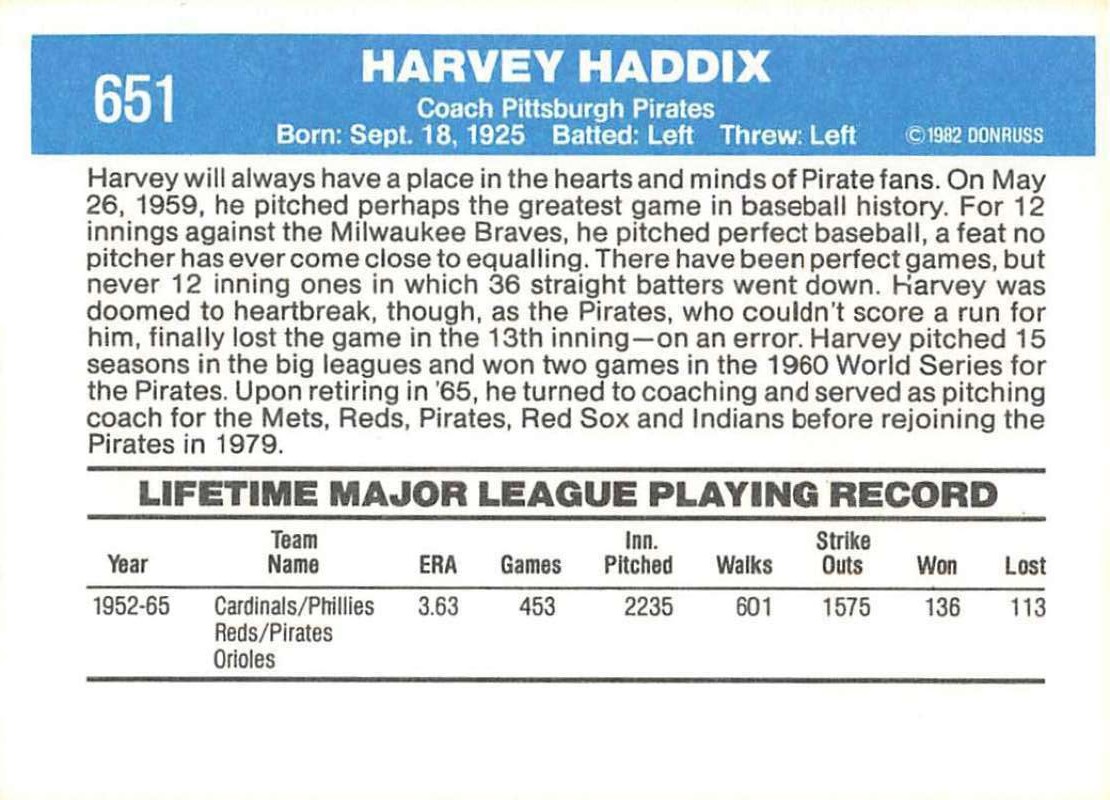 The back of the card details the game that will keep Haddix in the minds of baseball fans forever. It also points out that he had quite a career besides his almost perfect game. Haddix pitched 15 seasons in the majors, seeing time with five different teams. He won 135 games, plus he went 2-0 in the 1960 World Series, picking up the win in game seven as a reliever.

After Haddix retired as a player, he served as a pitching coach for five different teams, with two stop in Pittsburgh. He was there first in 1968, then returned in 1979 when the Pirates won the World Series for the fifth time, giving him two World Series rings. He remained in Pittsburgh through the end of the 1984 season.

Despite a 75-87 record in his final season, Haddix helped the pitching staff to a Major League best 3.11 ERA. According to his SABR bio, Haddix was fired because he couldn’t throw batting practice anymore and the Pirates wanted a pitching coach who could do that. I would have loved to write the article after getting that response.

John Dreker
Today’s Card of the Day features catcher Milt May, who started his big league career with the 1970-73 Pittsburgh Pirates,…

John Dreker
It has been almost 14 full months since our first look at the 2014 Topps Heritage set. That article was…