This is our fourth article featuring a Card of the Day and I can’t believe it took me this long to get to this particular card. The 1982 Topps Tim Foli has been one of my favorite modern cards for quite some time.

When I say modern in baseball card terms, it usually refers to cards printed after World War II, though some people also draw a split at World War I, so the term “pre-war card” may have a different definition, depending on who you ask. I’ve seen these conversations and they are as pointless as it sounds. I put the modern in there because I collect much older cards and a list of my favorite cards would go on for quite some time before I got to anything made in the last 50 years.

That being said, check out this uniform! 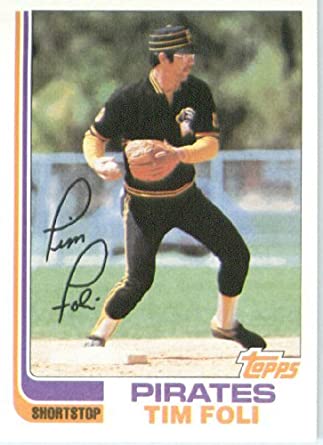 A few other Pirates are shown in this uniform, which would have been from Spring Training of 1981. It’s a 1982 card, but Foli was traded to the California Angels on December 11, 1981 for outfielder-turned-catcher Brian Harper. The 1982 cards were put out long before the 1982 season started, so the decision to have Foli included as a Pirates player obviously had to be made before early December.

The uniform in the photo would be a great choice for a throwback option, even though it was never worn in games. The photos showing this uniform appear to have all been taken during a practice session, so my guess is that it was never actually a game uniform and more of a warmup outfit.

As I said, a few cards from that time show players in this uniform, but I like this particular card the best because it’s an action pose and shows the entire uniform. He’s wearing the classic striped pillbox cap, the Pirates logo from that era on the front, numbers on the sleeves and yellow stirrups round out the uniform, with the classic black and gold colors all around, including the sneakers.

The Dale Berra card offers a nice look at the uniform as well, but no action pose. 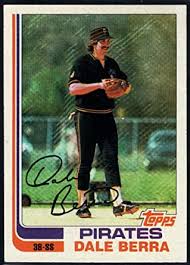 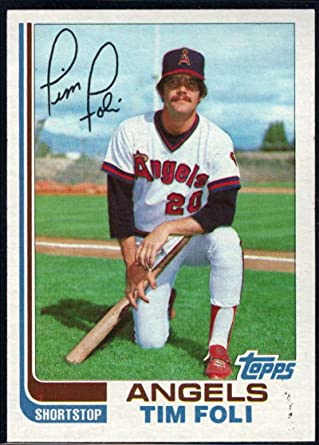