Last week we gave a sneak preview of a feature we have planned for our upcoming history site called Pittsburgh Baseball History. We posted about the 2020 Topps Roberto Clemente throwback card, showing an original picture of him on a new card that used the original Topps design from 1985.

The Card of the Day series will feature cards from 1887 until cards being produced today, and the latter is where I decided to go for today’s card. This series will be a daily article once the history site is up, but I’m going to be posting it here occasionally during this down time.

Today’s card is quite literally being produced now. Topps came out with a series almost two years ago called the Living Set, which they add two cards to each week. They put cards up for sale on Wednesday and the sale runs until the exact same time the following Wednesday, at which time two new cards are put up for sale. The print run for each card in the set is based solely off of how many cards they sell during that 168-hour time period. Then the cards are printed and sent out a short time later.

Topps has featured 11 Pirates so far in the set. That group includes players like Bryan Reynolds and Mitch Keller, as well as players who are not longer with the team, such as Starling Marte and Jordy Mercer. As part of this Living Set series, they have also featured cards of Ralph Kiner, Roberto Clemente and Honus Wagner.

What I really like about this set, and the reason I have bought all 11 Pirates cards, is that they use the original design from 1953 Topps and had hand-drawn artwork done by artist Mayumi Seto for each card. They also use the original back design from the 1953 set to add more flavor to the set.

One of the two cards being sold right now is Josh Bell. He’s card #296 in the series. 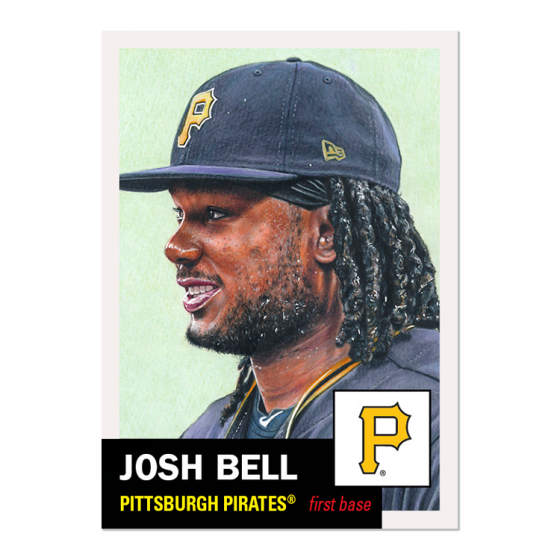 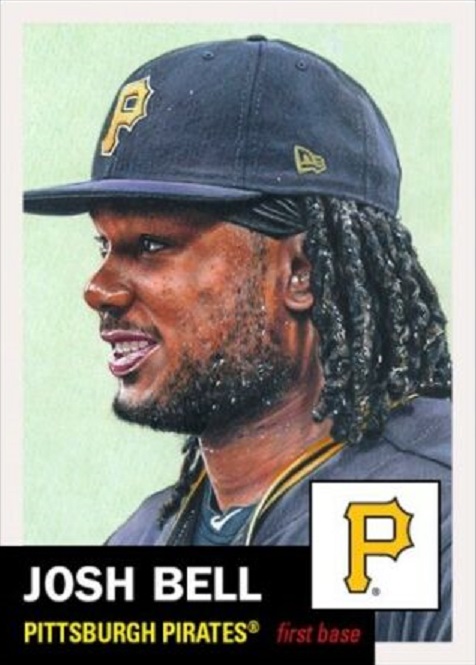 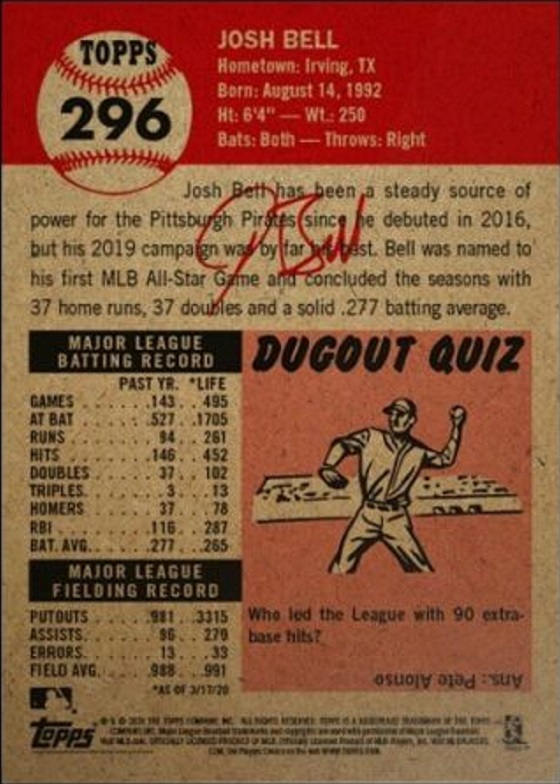 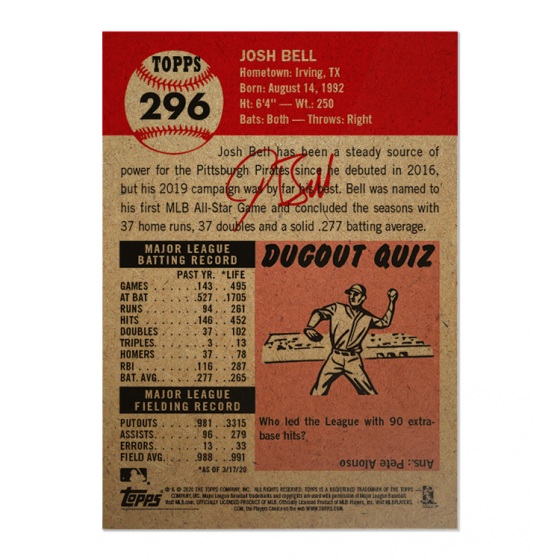 As you can see, the back includes a short bio on him, a replica autograph, a quiz question and some career stats. Those are the same statistical categories included on an original 1953 Topps card.

One of the interesting things about the print runs with this set is that it took off after a few weeks and some of the cards have huge print runs, while more recent releases have settled into a much smaller print run. The lowest run so far was David Fletcher of the Angels, with 1,920 cards produced. That pales in comparison to the leader, Ronald Acuna, who had 46,809 cards produced. The lowest one for the Pirates might be surprising. Mitch Keller has 2,226 cards out there. If he ends up reaching his peak, then that’s going to be a valuable card in the set. The print run on Bell will be released shortly after the new cards are announced next week.