On Friday morning, Tim Williams wrote about the upcoming expansion on this site. One of the added sites we will have as part of the Pittsburgh Baseball Network is a history site called Pittsburgh Baseball History. We have covered baseball history here over the years, but rarely has it been a focus of articles. The history site will not only cover the Pittsburgh Pirates from 1882 until recent events, but it will also include other teams that played pro ball in Pittsburgh.

One of the regular features we have planned for the history site will be called “Card of the Day”. It’s going to be a quick article, featuring a baseball card and a story to go along with that player/card. During the off-season, the plan is to post one per day, while you might get 4-5 per week during the regular season. We also have some other plans for the article in the future which I’m sure many of you will enjoy. I thought with baseball action on hiatus, we would show a sneak peek of the Card of the Day, and possibly make it a semi-regular article here until the history site is launched.

Topps has been making cards since long before I was born. That gives them a chance to do special throwback cards with old designs on the anniversary of sets. They also have a vault of old pictures to use for the first time. That combo of old pictures and old designs led to a card I purchased off of Ebay and received in the mail yesterday.

The new 2020 Topps set features a throwback to the 1985 set, as they celebrate the 35th anniversary. They featured the great Roberto Clemente on one of these throwback cards. 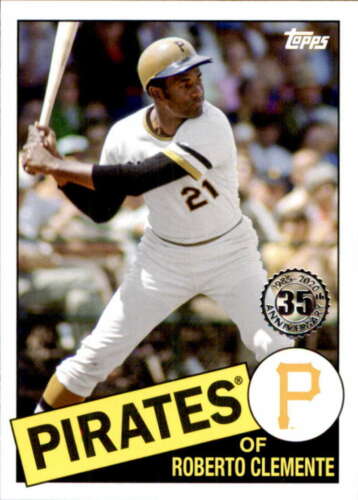 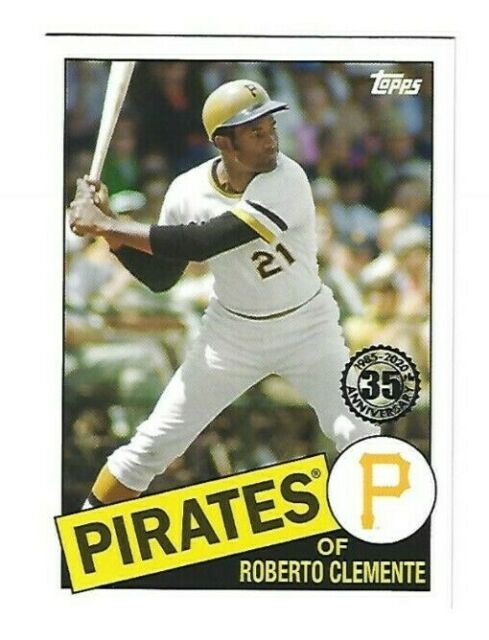 Besides the regular card you see above, they also have low print cards called parallels. The regular card to complete the set is referred to as a base card. The difference with the parallel cards is just the border color most times.

There’s the black parallel, which are individually numbered to 299. For these cards, the #1 card is usually worth a little more than the others, while with Clemente in particular, the #21 card would likely get the biggest price.

There’s also a blue parallel, which is a short print compared to the base card, with the odds of finding any blue border card being one for every 139 packs. Here’s an example of that one: 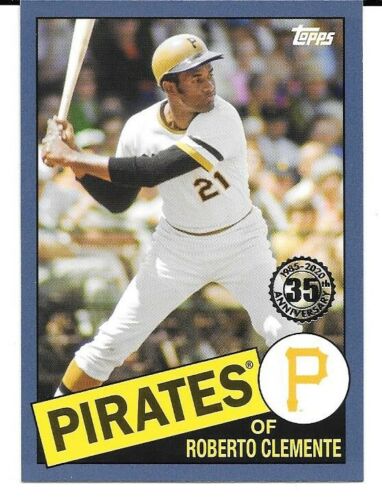 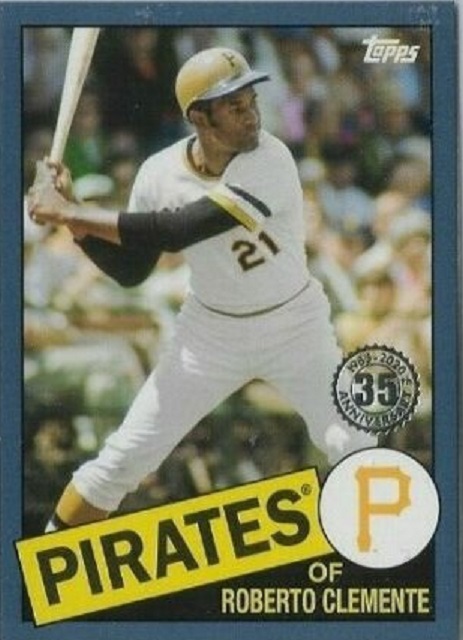 What I liked about the card, besides the obvious Clemente photo, is that they used him with a set design/year that he wasn’t in as a player. The card also includes his lifetime stats on the back, which if you’ve ever looked at the cards of veteran players from that era, you know that you basically needed a magnifying glass to read them, even as a kid. It’s a nice added feature for an all-time great.

Share your thoughts of the card in the comments below.